Off the Beaten Path

March 27, 2015
Starting with a photo of my beautiful new hanging geranium before getting into the nitty gritty. 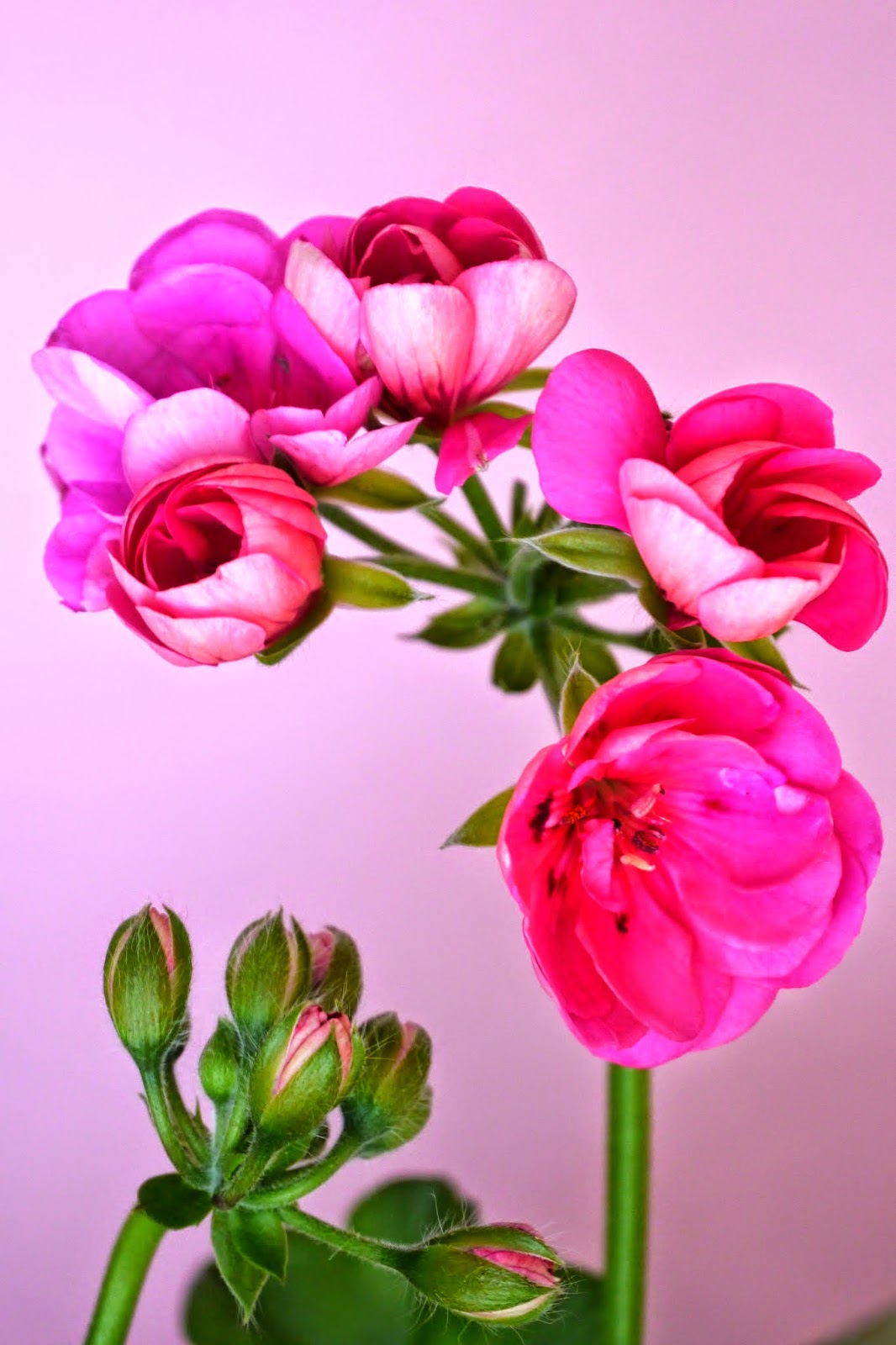 This article, posted by one of Matt's friends, brought back so many memories of my early days as both a student, and x-ray tech. To say that the piece is good is not nearly enough praise. As such, I thought today I might veer a bit from my usual fluff pieces, and dredge up a few of those memories.

I, too, was just 17 years old when I began x-ray school at Winter Park Memorial Hospital. Little did I know what I was getting myself into. First, it should be noted, I got into the program after learning about the profession from one of my sister Maureen's friends who had gone the same route. Convincing my father that I should do so was the first hurdle. The cost of the two year program was $100, and $125 for books. My eagerness was fueled by the opportunity to return to Orlando and be with Bruce. Eventually my Dad was on board, and I moved in with Maureen and her daughter Elizabeth on Zelma Street.

Early on you discover that an x-ray tech does not receive the same pay, or respect, as a nurse, however, I've never understood that because, certainly at that time, our training regimen was nearly identical. Our days began at 7 AM, ending at 3:30, if we were lucky. The time before lunch was spent on what we called, "the floor", while classes in physics, anatomy, chemistry, and the like were held all afternoon. Unlike today, there were no spring breaks, Christmas holidays, maybe a week vacation, although of that I can't be sure. 24 months we went to class. As time went on, you could pick up paid hours on the weekend "pushing patients", or better understood as getting them from their hospital room to the x-ray department. I remember a time I worked for six weeks in a row without a day off!

About six weeks into my training I was ready to call it quits. I'd gotten myself into something I knew nothing about. What, exactly was an enema I wondered. Wasn't long before I found out. On this day, as a newbie I was tasked with holding a person steady as they sat on the side of the table for a spinal tap. The man got sweaty, I got sweaty, and the next thing I knew I was passed out in the hallway. I was sure I would never get though it, however, my instructor convinced me that I could and I did.

My very first two weeks were spent in the darkroom along with my fellow student Carol. Eight hours we spent emptying pass boxes of the cassettes (sealed film holders), and putting them in the machine to be developed, the refilling them with fresh film. The cassettes were heavy, and Carol had terrible body odor, making that time pretty miserable.

In those days, as mentioned in a previous post, the only imaging tools available were x-rays, and nuclear medicine, meaning that every body part had an exam to learn, including the positions to film it in, (generally three), and the actual machine settings for each position. MAS, KVP, and time, pretty much like in your own camera if you were to choose the film speed, the exposure time, and the aperture. Nearly 100 different exams, and that is a lot of memorization, which in truth, the things you memorized were merely guidelines as they had to be adjusted on the fly due to body habitus. Imagine being 18 years old, inserting a large catheter into a patient's rectum, blowing up a balloon to keep it in place, the radiologist enters the room, and the barium in the bag hooked to said catheter begins flowing by gravity. He takes films using fluoroscopy (an Edison invention), and when he leaves it is up to you to position the patient in five different ways, set the techniques, change the cassettes after each exposure, all the while the poor patient is holding onto the barium. Rapidly is one way to describe how we worked. Then too, you only got that one chance to get it right. Stressful, and more often than not, very, very messy. Barium is difficult to clean up.

Yet, after a time I discovered that I loved the patients, and knowing me as you do, you know I did everything in my power to make it as comfortable as was humanly possible.

Remember I said the cassettes were heavy? One day, pulling a 14x17 cassette out of the passbox, I somehow hit a front tooth, and broke it off, necessitating a cap that is still with me today.

As to the respect I mentioned earlier, how was it that, although we gave injections that could actually kill a person, gave enemas, were involved in naso-gastric insertions, spinal taps, surgery, and the list goes on, we were not respected? It is still a mystery to me.

One final memory and I'll quit for today.....I was nine months pregnant with Matt, and working at Mercy Hospital out in Pine Hills. During the overnight hours there were no techs on site, so we had to take call. Pine Hills is not such a great part of town, then, or now; in fact it should not have surprised me when, after coming in during the middle of the night, and bringing the patient from the emergency room over to the department to x-ray his femur for a gunshot wound, I discovered, after lifting his leg to put the cassette under it, that it was no ordinary gunshot wound. The back of his leg was so bad it is hard to describe--riddled, and I mean riddled, with buckshot and blood. Ahhh...the life of a tech!

On a lighter note, although there are those of who think Baxter is quite possibly the cutest dog ever born, the truth is, he smells, or I should say, he smelled worse on Monday than he does today. Folks thought he had bad breath, and after thinking about it for a long while, I ponied up the $350 and had his teeth cleaned. The cost--ridiculous, but it is so high because they put the animal to sleep. How did he do? Great. How does he smell now, four days later? Less bad. The groomer told me that it is not uncommon for older dogs to smell, and after all, he will be 12 years old in a month or so. Where has the time gone???

Thinking about how I've spent the last eight years as a photographer, I've been asked many times how long I've been at it. My answer is generally, "I've been a photographer most of my life, I just used bigger equipment!" Perhaps that is why I prefer color these days, having shot black and white for so long. That said, I'll finish with a black and white photograph of a yearly display from one of our neighbor's yard. 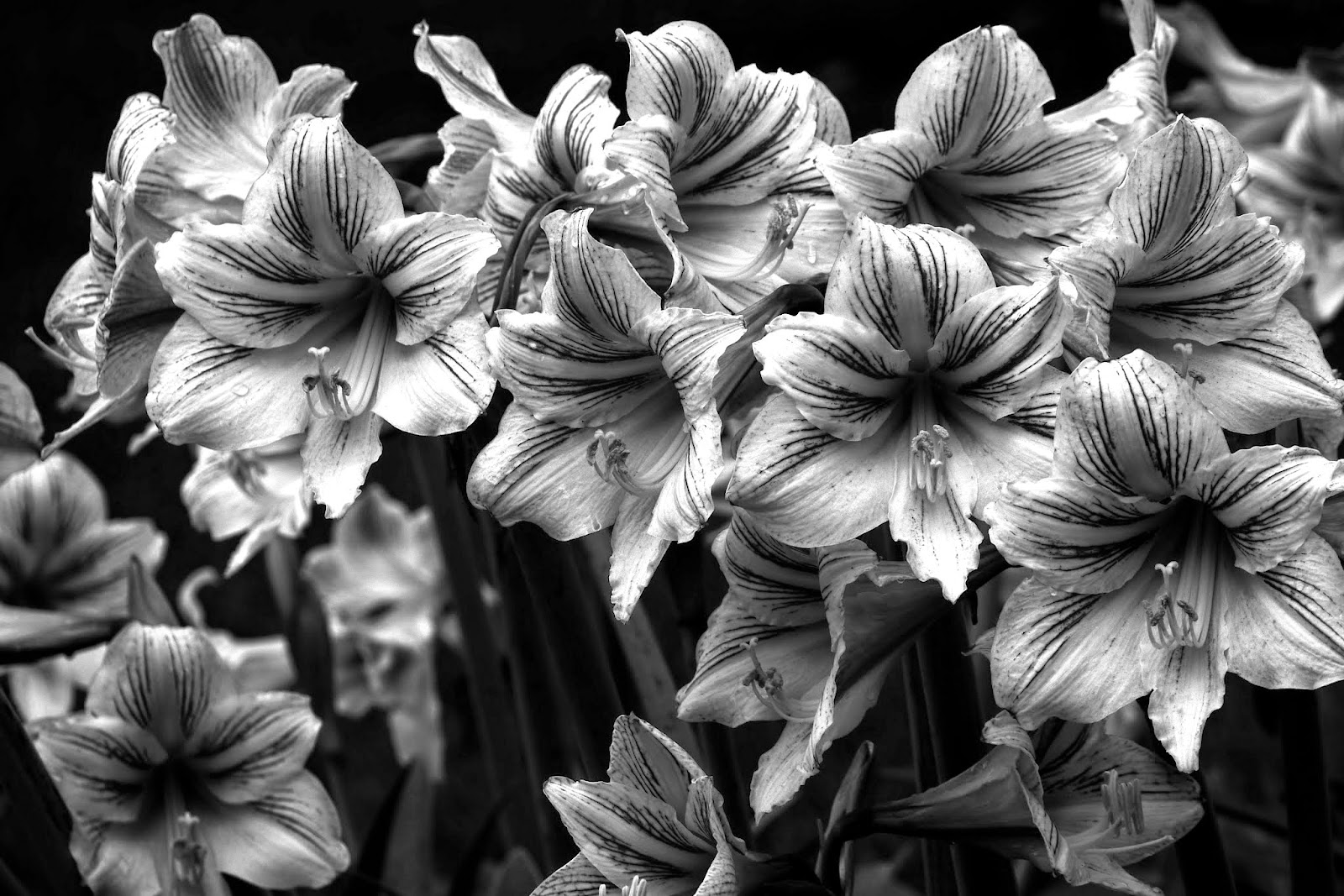 Now that I've started down this unbeaten path, don't be surprised when I revisit this topic soon!