May 01, 2019
Spending the last few days going through our life in photographs, the printed kind, I managed to do a little cleaning out, tossing and tossing ones that I either couldn't identify or others that were just plain bad. Who knows why I've kept way out of focus photos for s long but now I've tossed them out and have just one more shoe box to go. What prompted this action, you ask? I was looking for photos of Carol to take with us when we go to California in but ten days for her memorial service.

Here's a very early one with me in the crib and our Mother presenting my new sister . 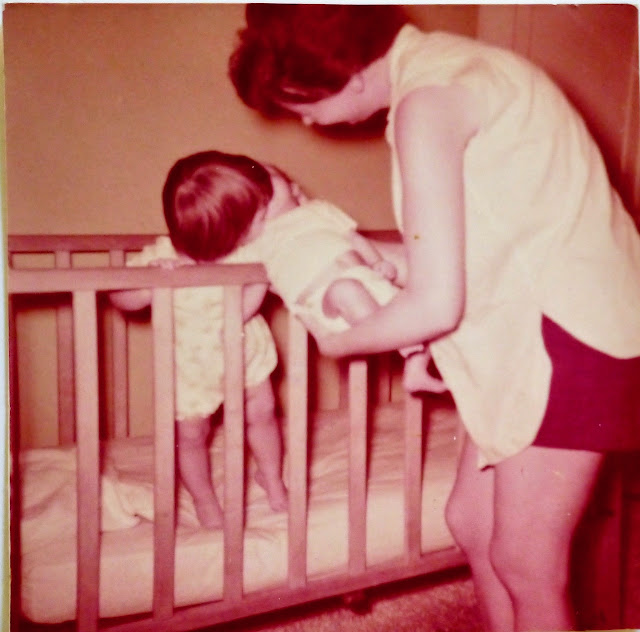 I was 18 months old and rocking a full head of hair!

But this post won't be about Carol, rather I found some gems that reminded me that I once was a very busy lady, with a houseful of boys, one of whom has a birthday today and that would be Jonathan, who is in my lap, amongst his new brothers. 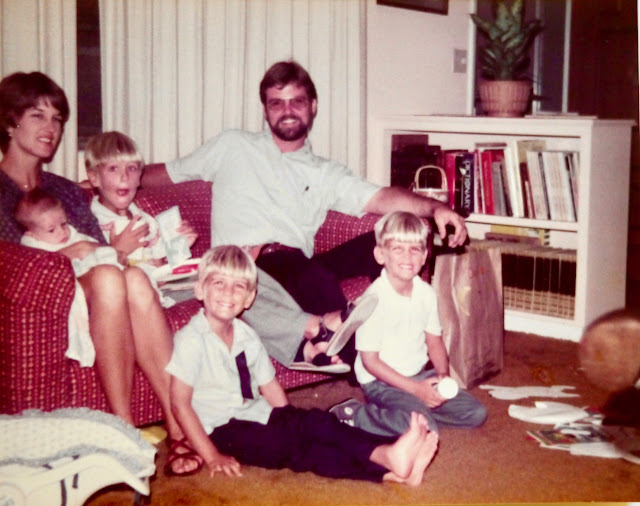 As I type this, Bruce is in our newly remodeled bathroom, painting the 5" baseboard he installed yesterday. It's who we are, makers, and it goes way, way, back. That bookcase in the photo? Bruce made it. The couch we are on was upholstered by me. How we had time to do these things back then is beyond me, but we found a way. Folks of a certain age will surely recognize the World Books, which was Google before there was such a thing. Most anything you wanted to know could be found in those books.

While we are still thinking about me with a baby on my lap, here's a gem from Christmas 1979. Do I look tired or what? 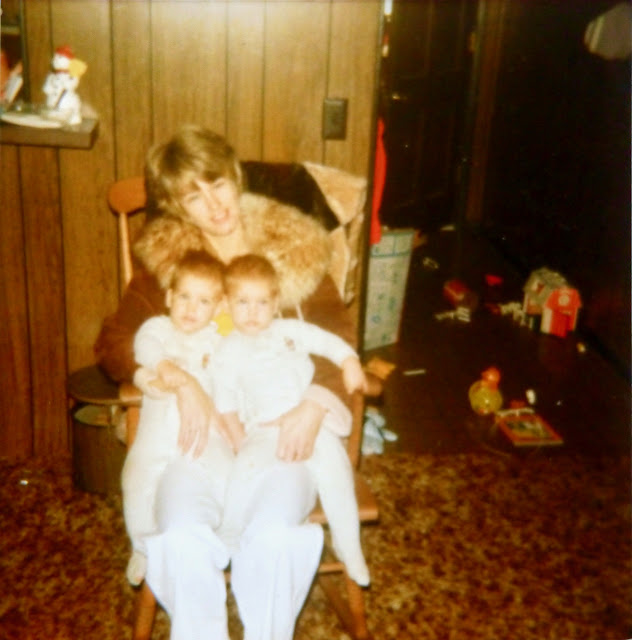 The above is a square photo long before Instagram made square photos cool. "Nothing new under the sun" is what my late Mother used to say, and isn't that the truth? Re-imagined maybe, but certainly not new!

The good thing about our family is that each son had a place and by that I mean, unlike some families where the order ensures that some don't get quite the attention, in ours it goes something like this: first born, twins, baby. Looking through those photos there are plenty of each one of them which makes me happy. That said, oftentimes there are photos of most of the gang at once. And then there are the mystery photos of one of the twins that I cannot identify and did not do so on the back of the photo. Anyone's guess which one this is, nevertheless, I just love the hole in his underwear. Can you imagine that making the cut in today's world of over-styled photographs? Oh yes, and he is sitting atop the big play structure Bruce made. 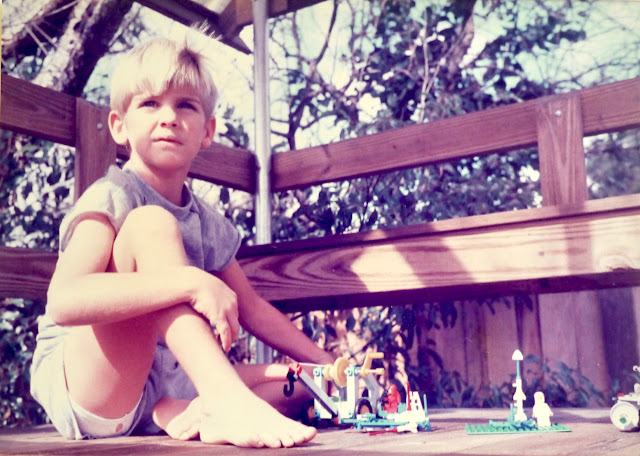 And here's one that I love in spite of the exposed end. Probably I didn't wind the film back far enough? 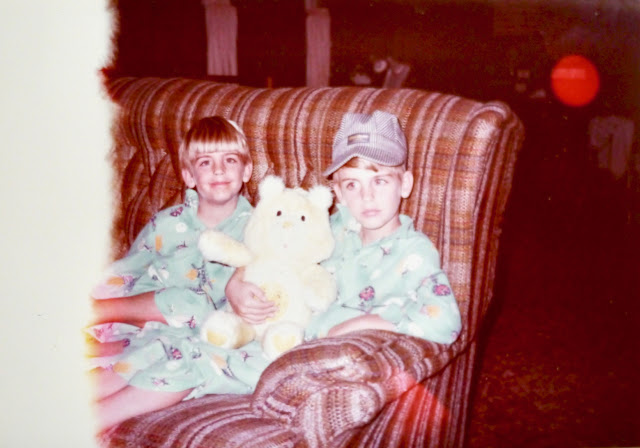 They twins are sitting on that hideous couch, purchased used because it was long enough for almost all of us. They are sporting some home made pjs, and for sure this is David, holding his Sunshine Bear that I made. It is so interesting that the bears we chose still reflect their personality. Dave is still a pretty happy guy. I have no idea which twin this is, but the unbridled joy on his face swells my heart. 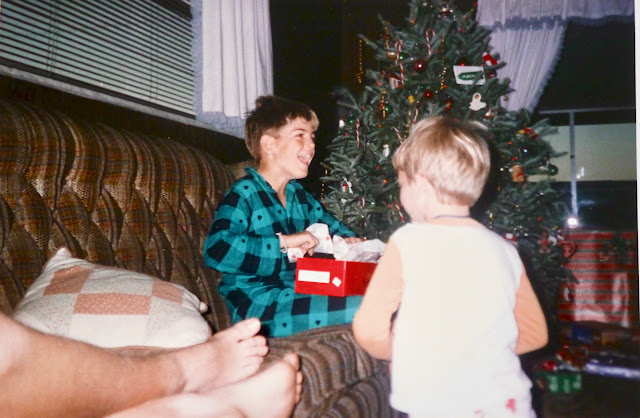 By now we had moved to our four bedroom home but the couch remained. Eventually I did have it reupholstered in a blue fabric to match the trim on the home-made curtains that at the time I thought were very nice. That's the thing about home decorating, what you love today you may not love tomorrow. As to our new bathroom, I think it looks super good, but will I in years to come? Time will tell.

Going back a long ways is this photograph of Main Street at Disney World while under construction. 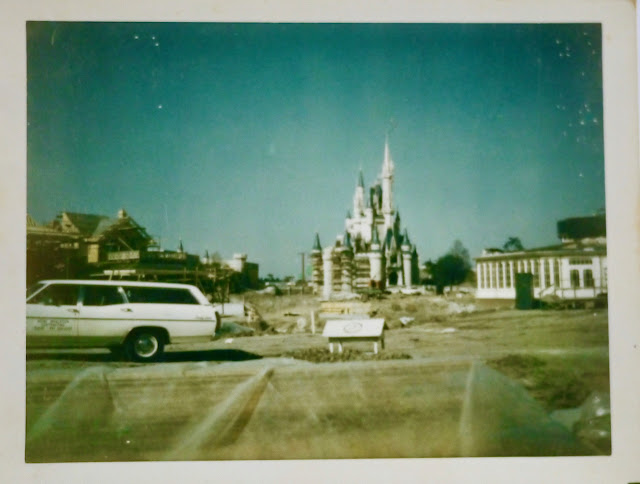 Bruce's dad was the superintendent for both the Contemporary and Polynesian Hotels, and he brought us out to the construction site a few times. I think it is fair to say that at the time, no one could have predicted how much Disney would change the face of Orlando. Then too, in those days it was so far from town that most of us could not imagine going out there much, and as it turns out, we did not because it was far too expensive for this family.

Mostly we hung out at home, as evidenced by the photos in that box. 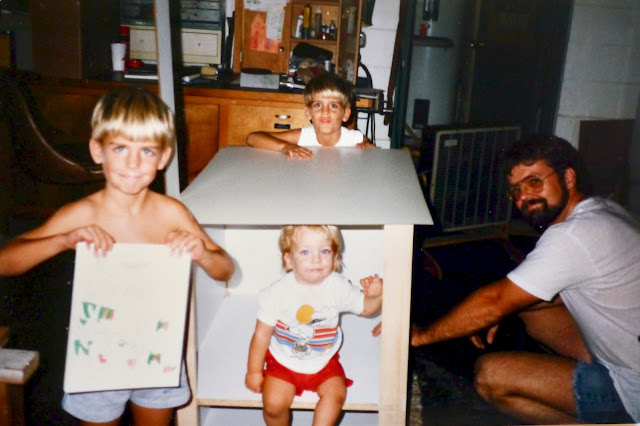 It's a shame this one is so bent up because it is definitely one of my favorites. 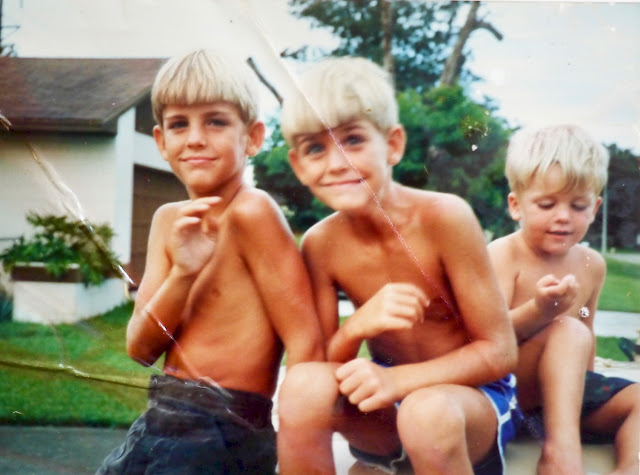 Back to the birthday boy, there are countless photos of Jonathan sitting in this chair at the computer. The only thing that changes is how big both the computer and he are. 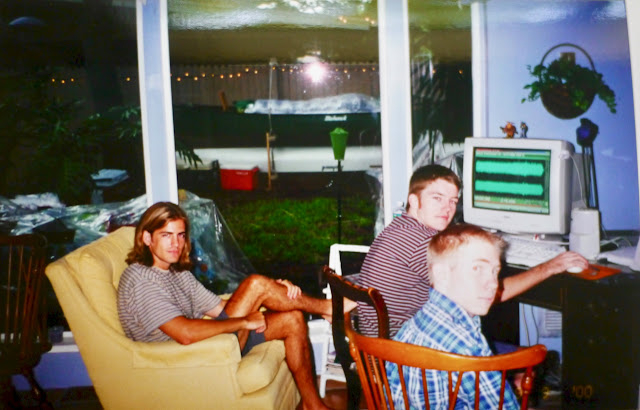 From the looks of it this was before a big party at our home. Jonathan and his long suffering friend Ryan were inseparable in those days. Ryan had more patience with Jonathan than I did, driving him to school at Boone and having to WAIT for him every single morning. I had just taken a full time job to pay for the twins at college and wasn't home to hound him! For sure that is Bill. 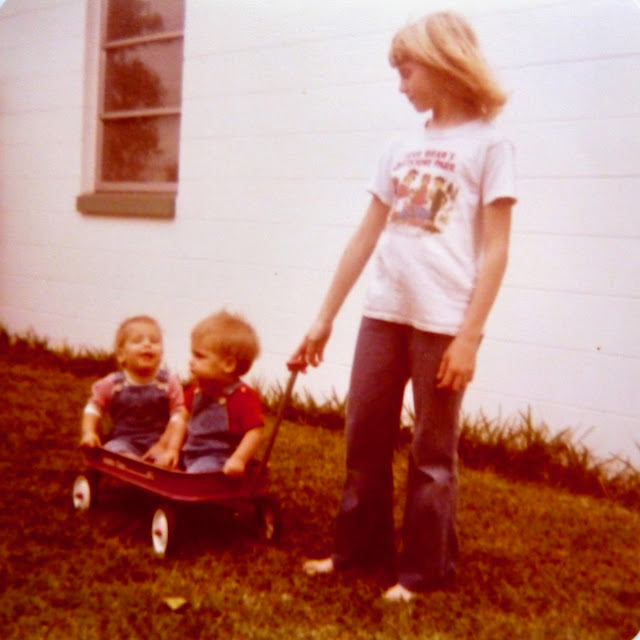 More often than not, it was just me with the boys because my dear husband had to work two jobs to keep our family going. 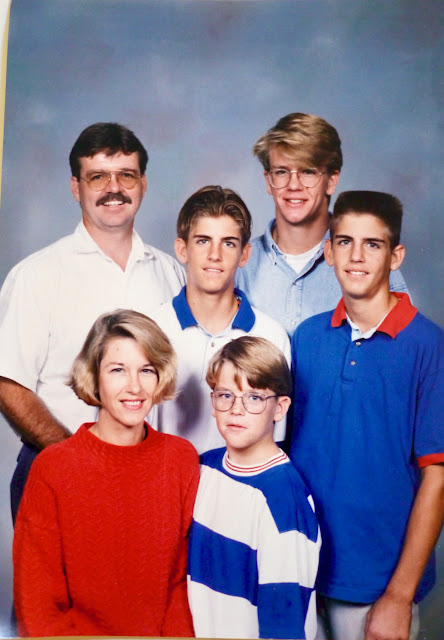 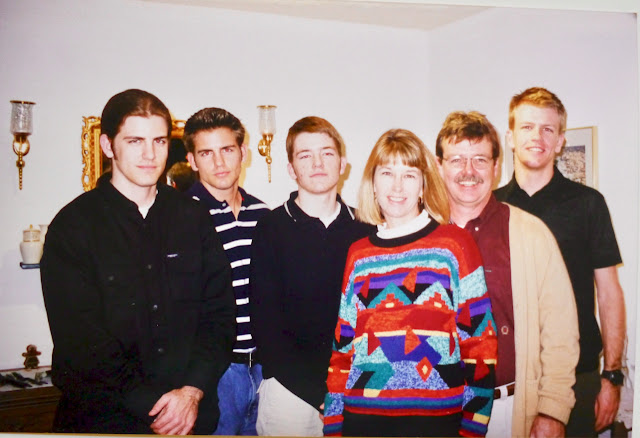 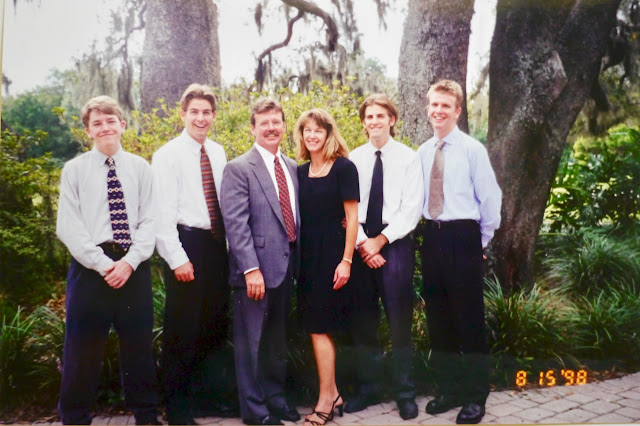 Remember recently I mentioned Bruce's folks throwing us a 25th wedding anniversary party. The above would be the time.

I just finished reading a memoir by the celebrated photographer Sally Mann, entitled Hold Still, in which she doubts that photographs can really be a true representation of a person. Having nearly completed my fifty year journey through our lives, I disagree. In more photos than not, I see my family's personality coming through big time, even in those photos that I don't initially like. I remember that I nearly threw the one below away, but looking at it now, through the lens of time, it clearly says a lot about personality. 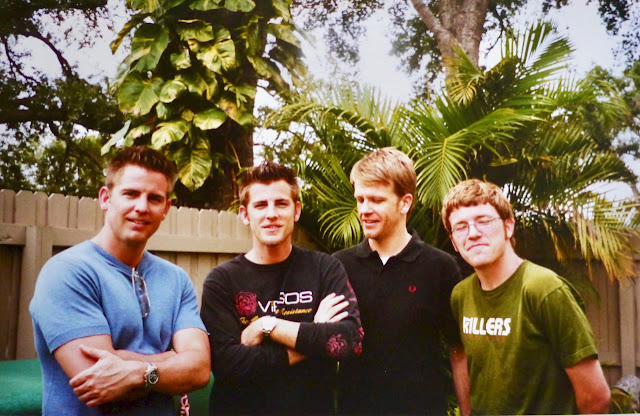 Then again, I wish Jon boy's eyes were open!

The good news is that I found loads of Carol pictures to share with her friends in California. I know they will love seeing her as a young woman-- going to the Oscars with Bill, one of her first art shows, a gallery opening, and even one in the bathtub with me when we she was only three.

So, while I did do some serious tossing, I've got loads left that all bring back fond memories. And isn't that what photos are all about?