Babies and About to be Babies

March 08, 2012
What's Luck Got to Do With It?   Well, as it turns out--a lot if you're a patient. Shame on the medical system is what I have to say. As someone who went through such a rigamarole to find out what was wrong with her, I can relate big time. My problem is they never did find out what was going on. The poor man profiled in the Times story underwent exploratory surgery, something I'm thrilled I avoided although it was discussed. Just as I was reading those pieces the mail brought the bill for the ultrasound Bruce underwent a few weeks ago. Because his liver enzymes were elevated, his doctor kept insisting on the necessity of the test. You know me--I kept insisting that he is completely healthy and it is a waste of time. Finally I caved and said go ahead and have it to shut the doctor up. The bill from the hospital--$1,127! Radiologist fees to follow. Thank God for insurance, but we still had to pay a pretty large portion.

Some voice mail problems prevented Bruce from knowing about the nurses first call last week. She called again on Tuesday, and again he missed the call. Finally later in the day he spoke with her--the results are a fatty liver. Furthermore she told him he should start a low fat diet and lose weight. Duh!! It stands to reason that if you're somewhat overweight this will be the result, but NO--they needed a silly waste of time, not to mention expensive, test to state the obvious. Apparently this is becoming more common as the population, both adults and children, grows larger. Let me stress he does not have a disease just some fat, probably from eating out all the time because he sure isn't getting fat from eating at home!

Yesterday was a gardening day for me. Lots of lovely flowers were planted after some necessary uprooting of others. Last week I noticed what I thought was a new cardinal nest in the Lady Palms. Score--it is a new nest! I caught Mama Cardinal sitting on it and in a first, it is in pretty good view. I got on the ladder when she was off gallivanting and got this shot of the EGGS! 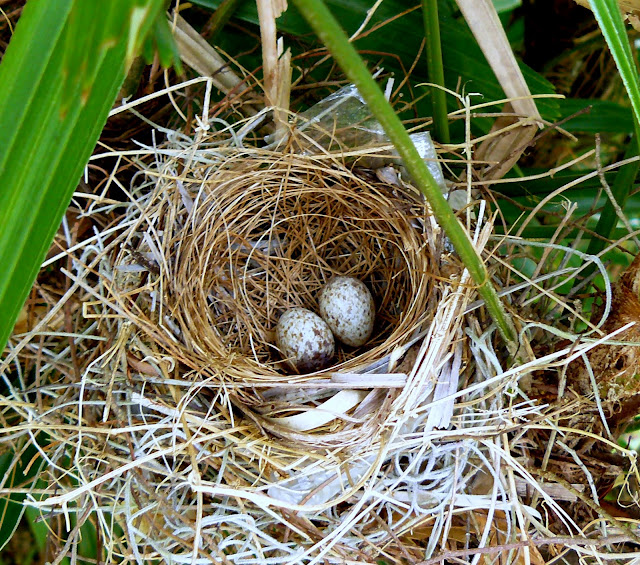 Using my trusty Panasonic Lumix FZ8 I held the camera over the nest and hoped for the best! I wonder if this will be all the eggs or if they lay them separately? Because we have two sets of cardinals, I'm not sure which female I was seeing, but I thought one of them looked a little puffy and this was after I discovered the nest. Perhaps I should go in search of a second nest? Why didn't I think of that yesterday???

Not to change the subject but my hair is darker and 2" shorter and it feels very good. Monica, as always, did a lovely job styling it; I, on the other hand, will not be as adept for sure.

So, this morning I got ready for bridge, but something kept nagging at me about not going. All it took as I was driving there was to catch a glimpse of a mother duck and ducklings alongside a small lake. Pulling over and pulling out the FZ8, I saw this adorable site: 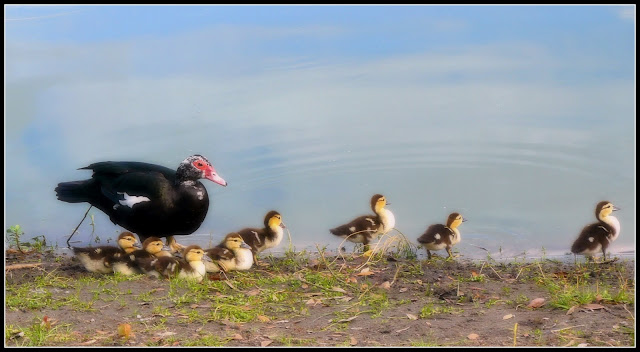 Naturally you must be wondering what's going on with this picture seeing as it's so soft and all. Well, I'll tell you what's going on. My trusty Picasa has undergone an update and in so doing Google added all these simple-as-pie editing features. This one is appropriately called, "soften." Because I don't care for this kind of duck, in fact I think they are downright ugly, I softened it for her. Sad to think that those adorable babies will be growing up to look like their mother.....

Don't think I'm too much of a slacker for skipping bridge please. Arriving home early, Bruce said you know your friends are counting on you, to which I defended myself by saying that we actually had five which exonerates me! After the duckling sighting I made my way over to Lake Eola where there are too many birds to count. Lots of swans, including some pairs of black swans. This little one is going to someday be black: 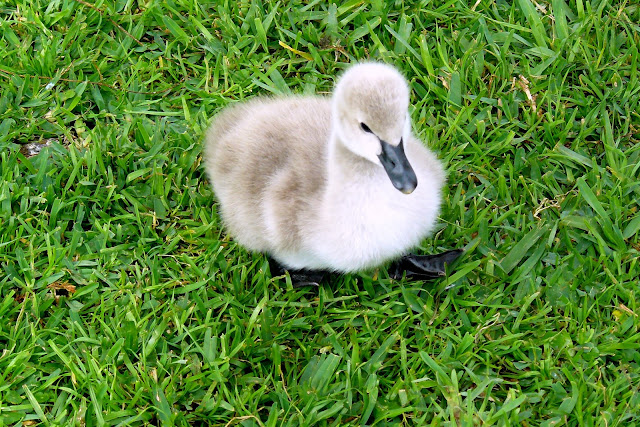 Another one of the editing features is called "Lomo-ish." Here's a little explanation about lomography.
Plastic Russian camera and film are no longer necessary to get the lomo look. 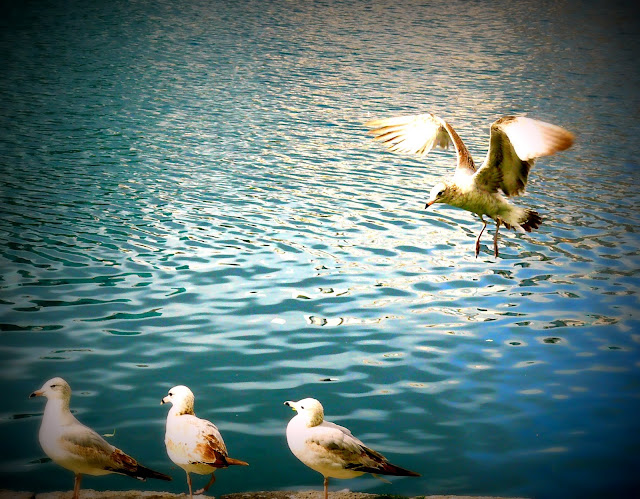 Just having a little fun experimenting. One of the reasons I kept wanting to stay home was to do some creating, as in a new collage--theme yet to be determined. Two working titles are "Who Doesn't Like Blue?", or "The Art of Whimsy", two subjects I know very much about.  I'm all over whimsy! Speaking of which, the new owl curtain may be just plain "too whimsical" even for me. If there weren't so darn many owls!

Always having fun with my camera I looked on the ground and noticed a white feather jutting out of the pine needles. Once I turned my camera on the subject I discovered the shadow of my legs in my new Paige skinny, and I mean skinny, jeans was visible. Thinking I'd yet to show off my new shoes purchased with my birthday Nordstrom gift card from Dave and Michelle, it was a win-win situation. 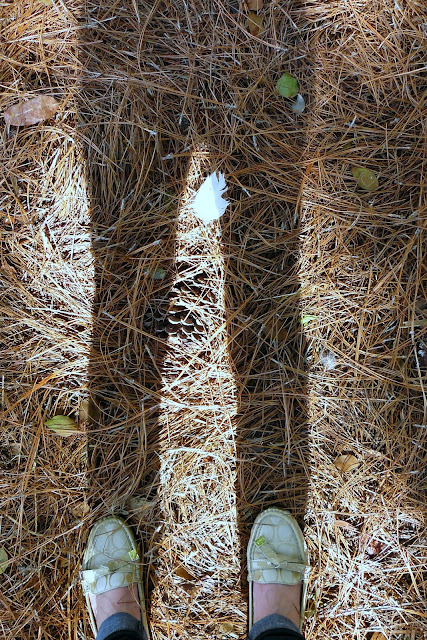 Both of these garments were removed in favor of a sleeveless dress and barefoot once I returned home. Jeans are just fine right now if I'm in air conditioning, otherwise it is getting too warm for me to wear everyone's favorite garment. Not that I'm complaining, far from it. Having open windows is my favorite as my children will readily attest. 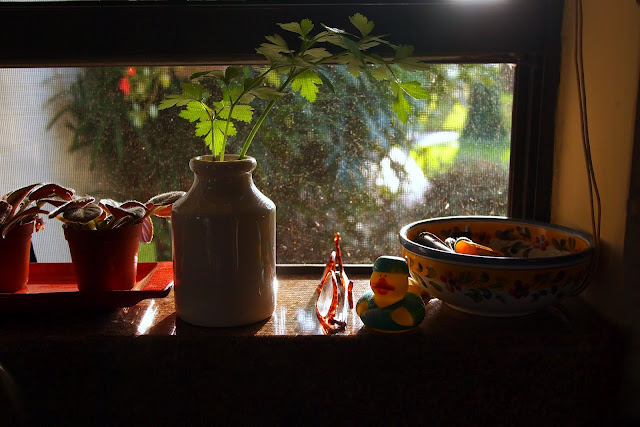 Parsley in vase curtesy of my gardening prowess. That's a laugh! 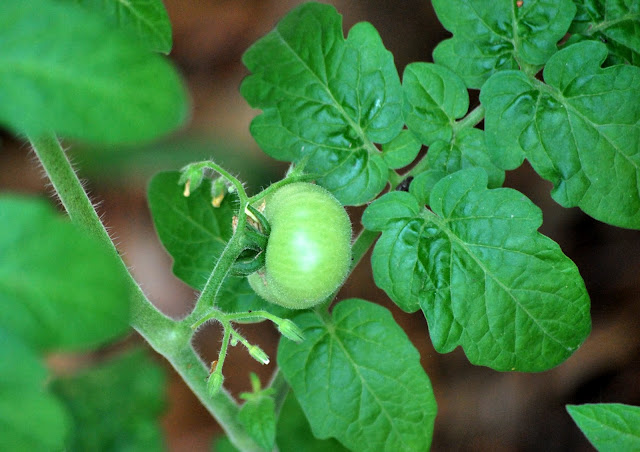 Cherry tomato, although I made the same mistake as last year only buying one plant. Dummy. Basil and cilantro are coming along nicely: 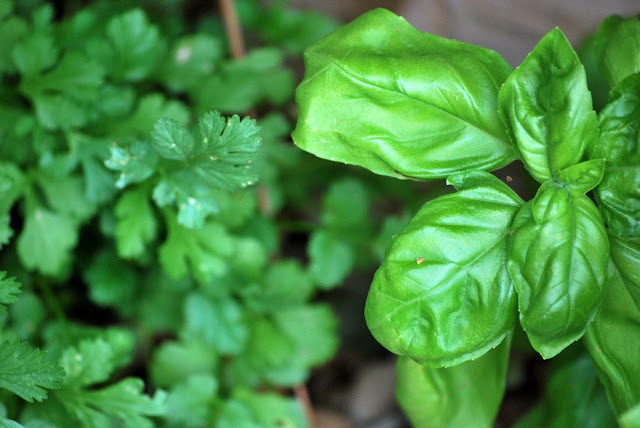 I'm thinking you couldn't get enough of those ducklings and are dying to see them again. Am I right? 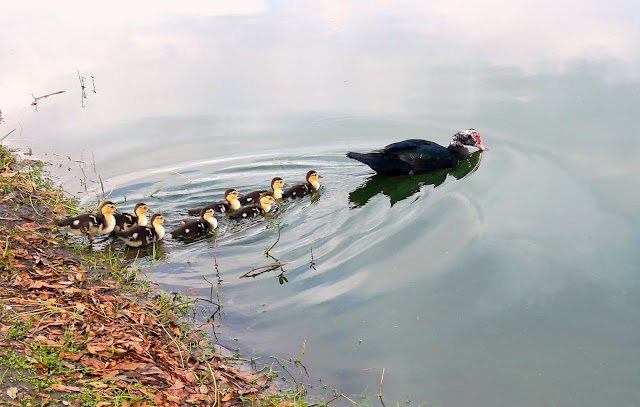 And one last picture of something you've seen a thousand times before, but if you're like me 1,001 is still just fine. 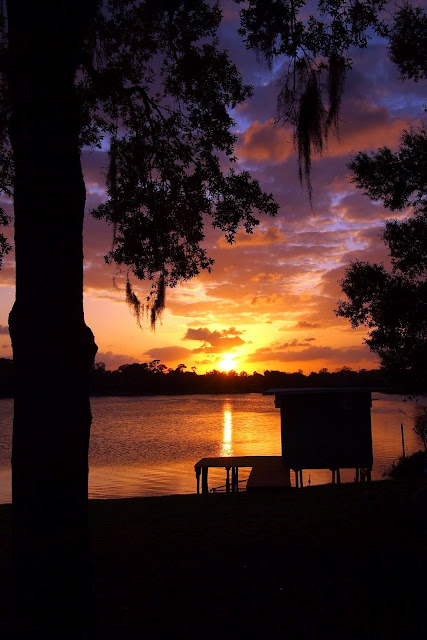 Just as I was pulling into our street Tuesday evening after having my hair done I saw a man on a paddle board silhouetted against the setting sun. Brakes!! Camera out of handbag!!! Car parked alongside curb!! Race across Summerlin. It wasn't meant to be apparently as he had moved over close to his dock. Darn him.

abellwillring said…
I'm glad that Dad is okay. It's a shame that he had to go through a bunch of tests first though.

Somewhat ironic that you talked about him having a fatty liver while showing off all those ducks in that post.. he'd be quite a delicacy if HE were a duck!
March 9, 2012 at 9:43 AM