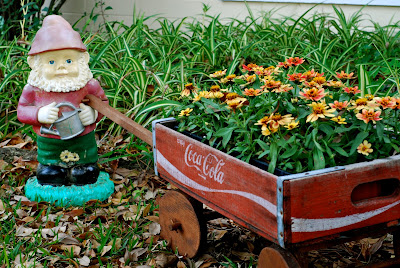 As it turns out I wasn't a whole lot different at 17 years old than I am at 56 years old. Because the tiling begins tomorrow morning I've been a busy little beaver moving everything out of the living area and off the closet floors. I need not tell you what a huge task this is, however, it's going pretty well. Once again I'm finding things that have been buried away and long forgotten.

A perfect example is my x-ray school file. According to the three page single spaced application, dated 1/21/71, I weighed the same as I do today. The questions they asked are remarkable by today's standards, as the height and weight question demonstrates. I also had to provide all manner of detail about my parents, siblings, hobbies, health, as well as a head shot. Can you imagine? Additionally, I had to provide five personal references, whom they asked to judge my personality, judgment, leadership, honesty, initiative, and dependability. For references I used my high school principal (I babysat his children), Bruce's dad, my typing teacher, the pastor who eventually married us, who, by the way, rated me as average, and Mr. Aubuchon, Maureen's first father in law.

Continuing through the folder contents I found the acceptance letter dated March 5, 1971 along with the letter from my father with the check in the amount of $100 for tuition. Mind you, that was for two years! That said, we were used pretty much as slave labor, working at least forty hours a week with little or not time off. By the time I graduated I completed over 2572 procedures which is a lot of x-rays. Back in the day, as my son David says, there were only two kinds of imaging procedures, x-rays and nuclear medicine. As such, we were expected to be competent performing any one of over 120 different exams. When I look at the lists, which are included in the folder, it brings back some terrifying memories of myself at 17, and 18, working with all kinds of physicians, some whom were not so nice, particularly neurosurgeons. The mother lode was doing a "carotid arteriogram", whereby, the neurosurgeon waltzed into the room, expecting to find everything to his liking. He slipped on a pair of gloves, swabbed the patient's neck with betadine, and went in for the kill. Actually, he used these two part metal (maybe stainless?) needles and plunged them into the carotid artery. The blood pumped out as he was threading the second part in to stop it. He then attached tubing to the needle end which connected to a syringe full of contrast material. READY, SHOOT, FIRE! The patient's head was lying on a special film changer that once he said shoot, we shot, causing large pieces of film to slide from one side of the box to the other. Imagine the times the film got stuck--it was not easily repeated. Forgive me if I'm not making this very clear, suffice it to say, for a very young girl, this was the worst!

Furthermore, we received letter grades for appearance, cooperation, emotional status, determination, loyalty and hygiene, as well as technical and scholastical(their word)marks. Today's students are trained in community colleges and are lucky to do maybe 200 exams prior to graduation. As well, every film we took used a manual technique, whereas today everything is not only shot on an automatic setting, but digital as well. No more waiting, waiting, waiting, to see if the films were good enough. Going through all this reminds me why I get so frustrated with the sorry state of dress in hospitals these days. Dirty shoes, wrinkled clothing, it all makes me not want the person to touch me. I figure if they can't take care of their own things, they are probably not that great at taking care of me!

Speaking of grades here's an excerpt of a comment on one of my student evaluation forms:

"The only problem facing Gail is emotional insecurity and this problem makes her uneasy in school. She seems to feel insecure about staying in school, and feels very depressed about repeating films or making lower grades than A's.

If people made straight A averages, they would obviously not be needing an instructor nor would they benefit from the course as they would already "know it all."

Sound a little familiar to my Valencia days? The truth is that looking over my high school transcripts, I'm more of a B student, so where I got the idea of making straight A's, I don't know.

In media related items, here's a little story and video from NPR you may find amusing:
OK Go
And then there is a close up of our little gnome with his wagon full of flowers...

March 10, 1882
I ground the ax this morning then put up some grain to carry to mill after dinner we went out and gathered two barrels and a half of sap then I went over to mill I stopped at home and got some apples for Web

We drew out manure on the mud (?) this forenoon Orin Slayier came here I signed two dollars for the minister and fifty cents for the barn in the afternoon I tapped 100 trees in the evening I went down to Patricks


It's been raining most all day, both yesterday, and today. If all goes well, it should stop tonight and be a beautiful weekend, which may bode well for your itinerant art exhibitor. Lisa will be on hand to help with sales at Baldwin Park, or at least I hope I'll need her help!

The tiling will take at least four days; chaos will be the norm around here.

Nancy said…
Also it would be fun to compare what is done and spent on the weddings of these kids of ours. I remember having little bologna sandwiches!!!
March 12, 2010 at 3:15 PM