The Good, the Bad, and the Ugly

April 11, 2014
Yesterday's post, or at least the written portion, pretty much covers the ugly, don't you agree? Well, the good news is that the first place we stayed in was a small apartment with a kitchen sink and dishwashing liquid. Bruce, again, rose to the occasion, washing out all my messy clothes and hanging them around the flat to dry. Surprisingly this happened quicker than you might think despite the fact that a pair of jeans was in the mix. Here is the front of the apartment as we were preparing to move to our next hotel: 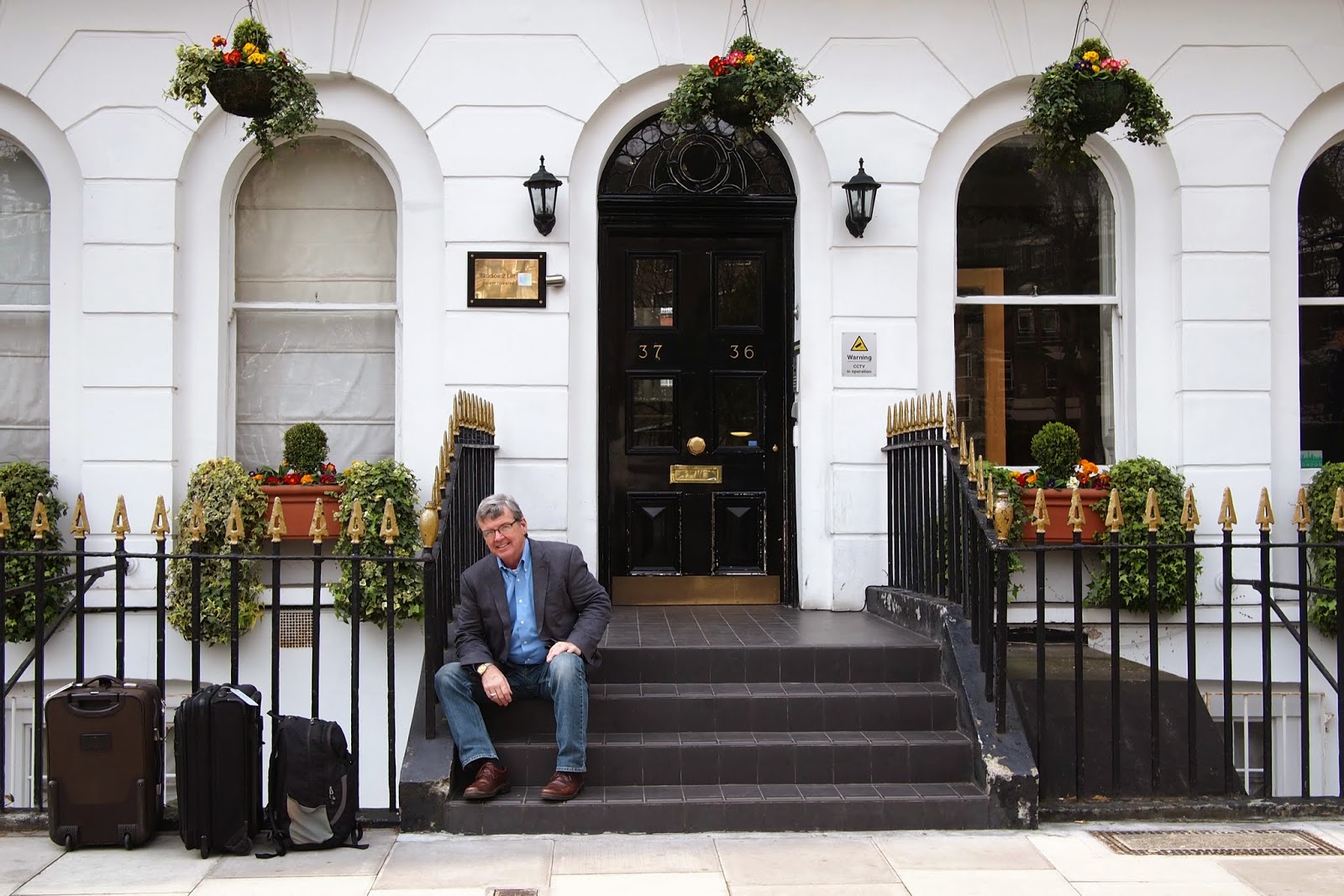 and here is the view out of our back window: 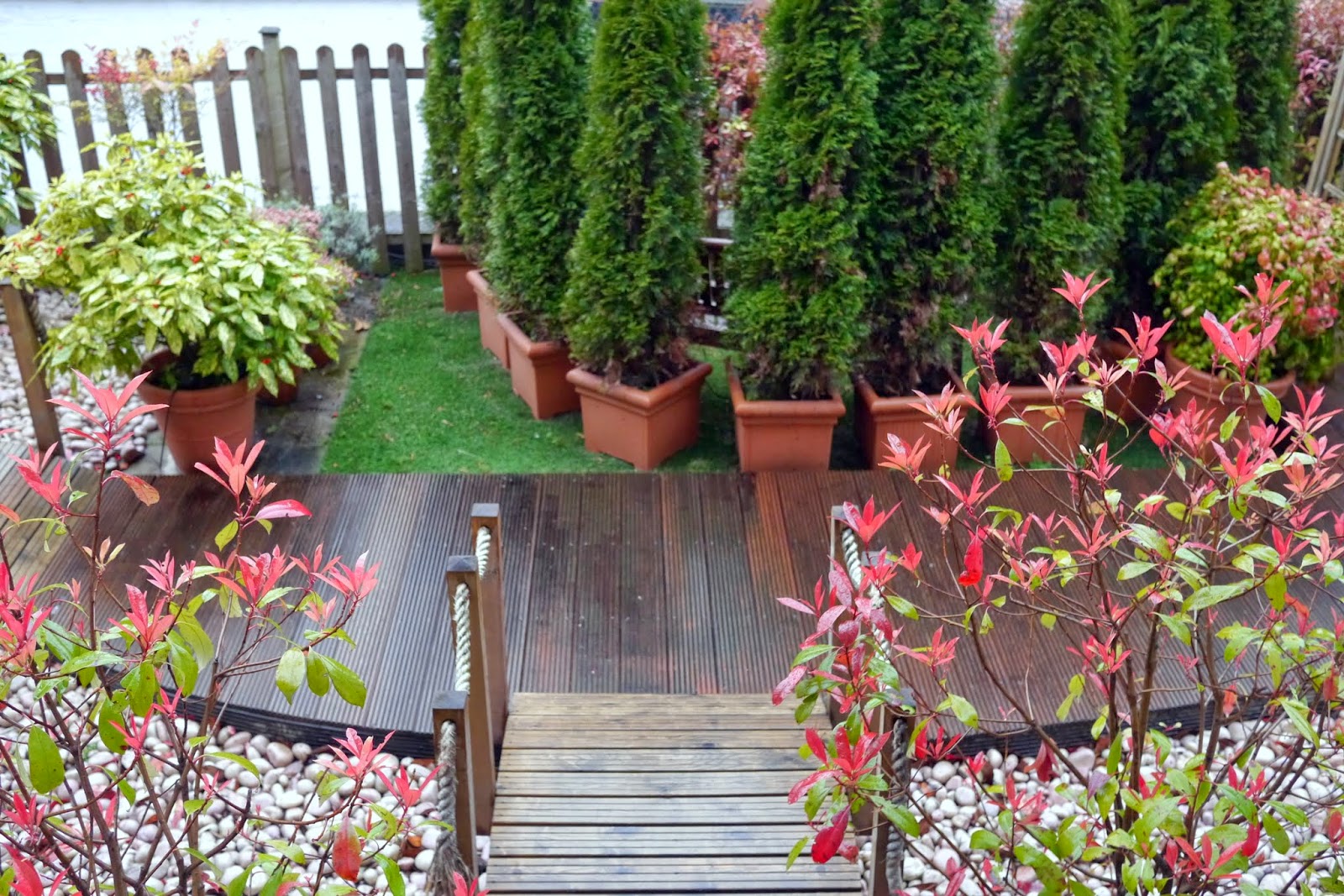 The Brits love their gardens, and flowers, including them wherever they can! So that was all good, but what was the most good was the wedding. Be prepared for some photo overload as it isn't everyday that a son gets married!

While waiting on some folks, sitting in the hotel lobby, (strategically positioned close to the reception venue), I gave Matt and Tom a photo book I'd made with the photos I'd taken of them through the last few years: 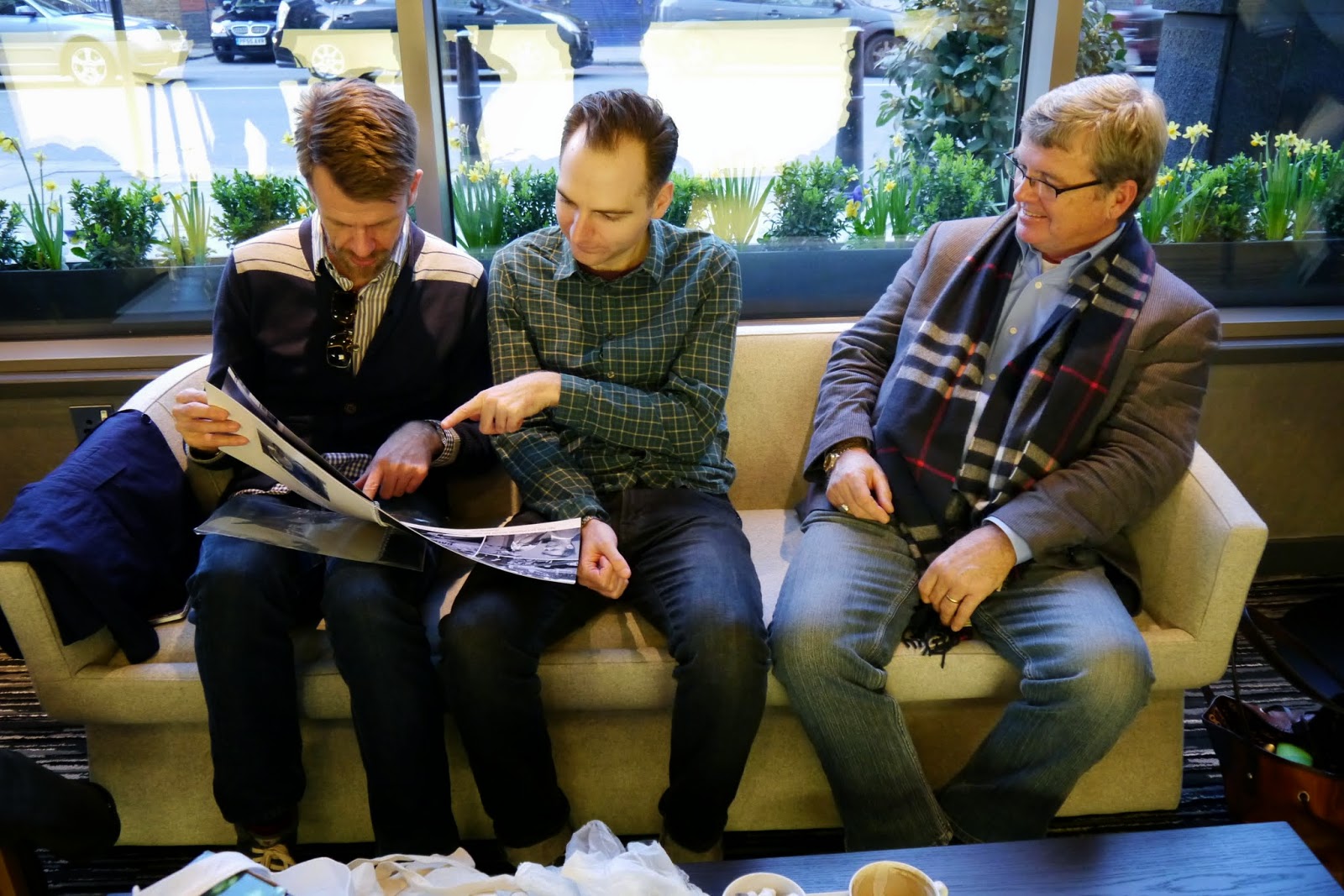 It was small in keeping with the "no gifts" policy. Naturally I shed a few tears. :)

Although there was no rehearsal, that did not mean that we couldn't all gather for a meal before the big day. Tom's best friend Phil was there, along with his brother Olie and his girlfriend Nic, of course Jane and Ray, and Simon and Nadia who will be celebrating their own wedding in late May. 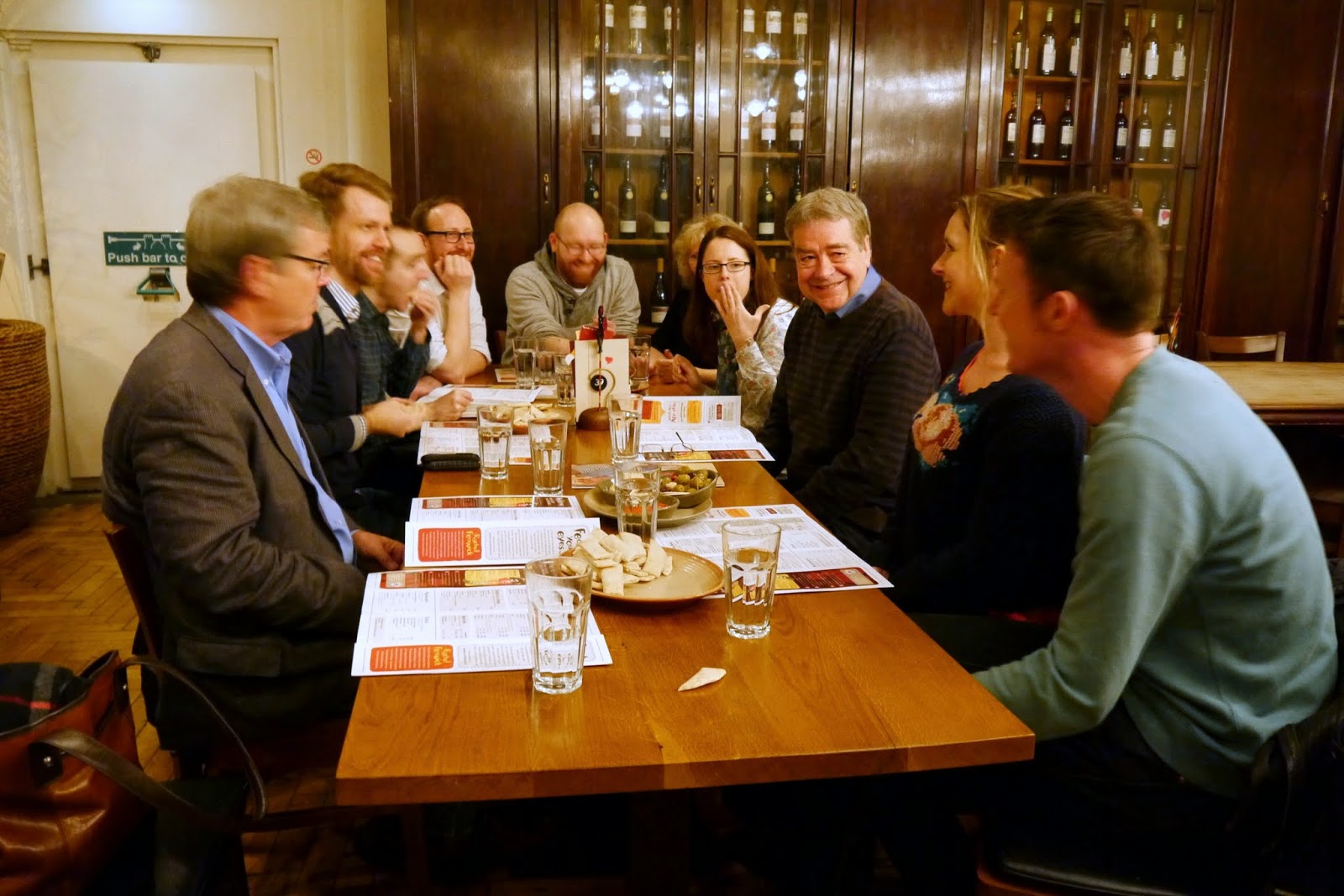 Jonathan will be pleased to know that we ate at Nando's where I took this as we were leaving: 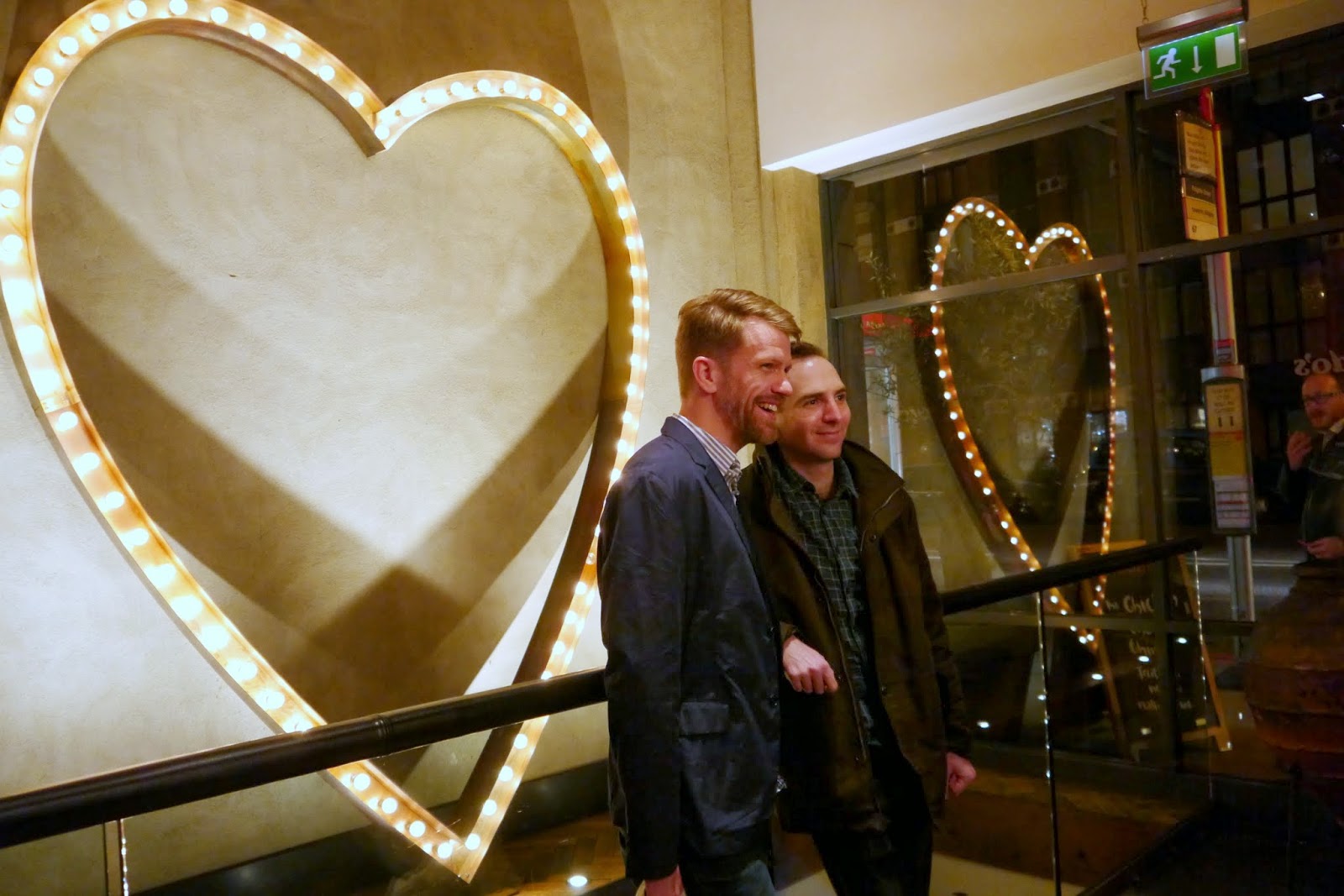 Most Americans don't understand the concept of a Town Hall wedding, but from what I witnessed, it is very popular indeed, and no wonder, as the rooms are lovely. A hired retired London Bus whisked us from the hotel to Hackney Town Hall, just a few miles away. 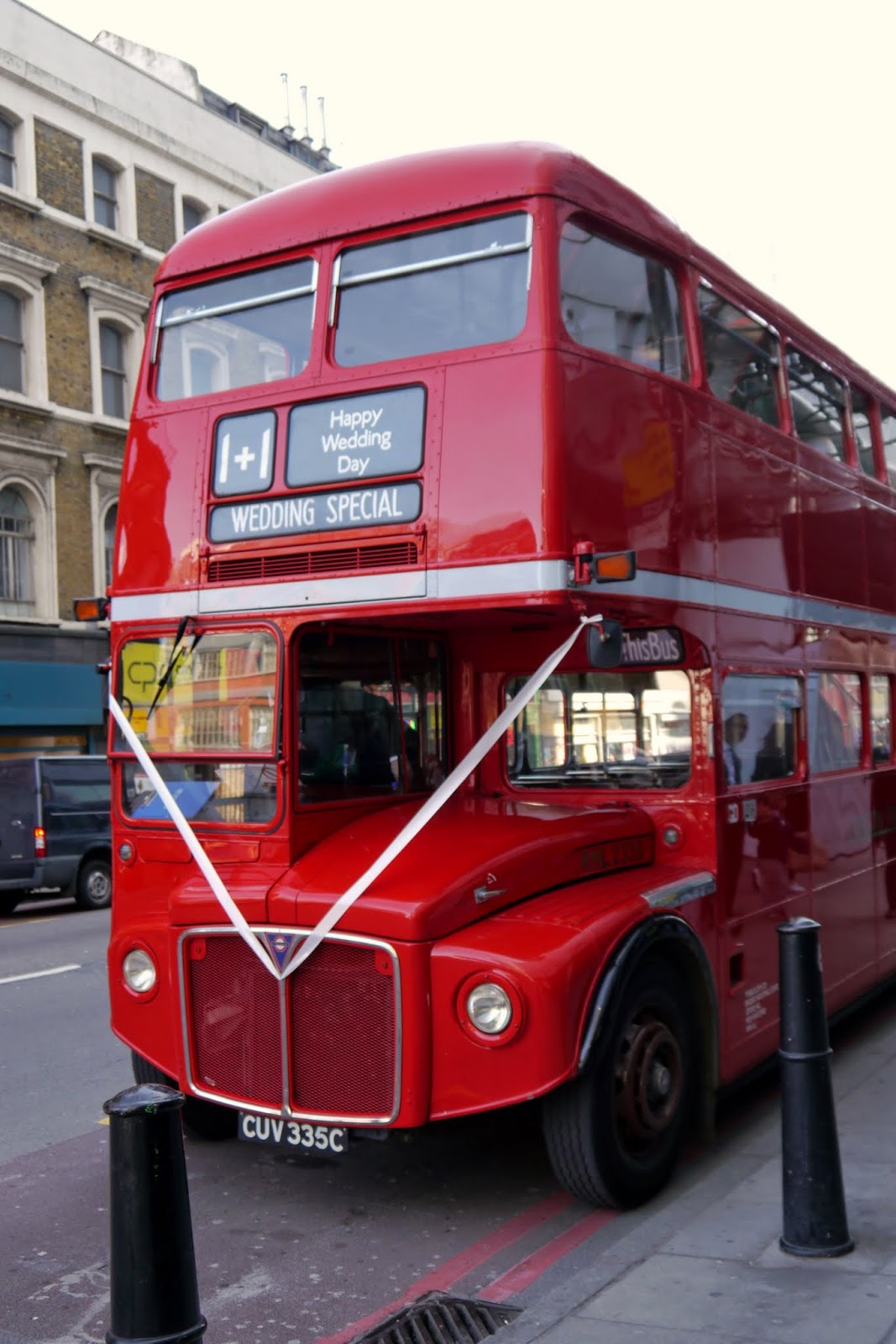 Initially this was a group of about twenty staying at the hotel. Matt and Tom posing for photos: 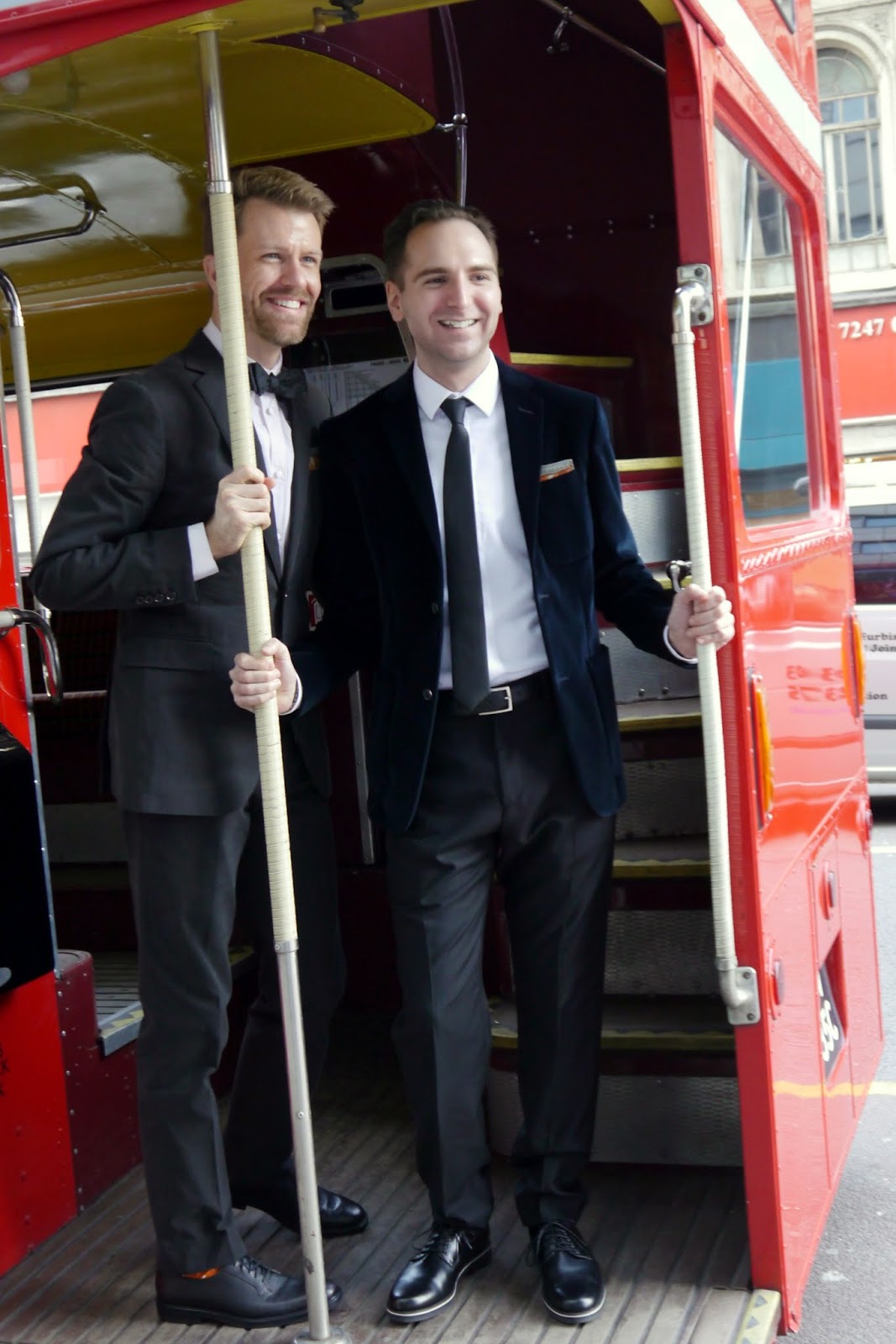 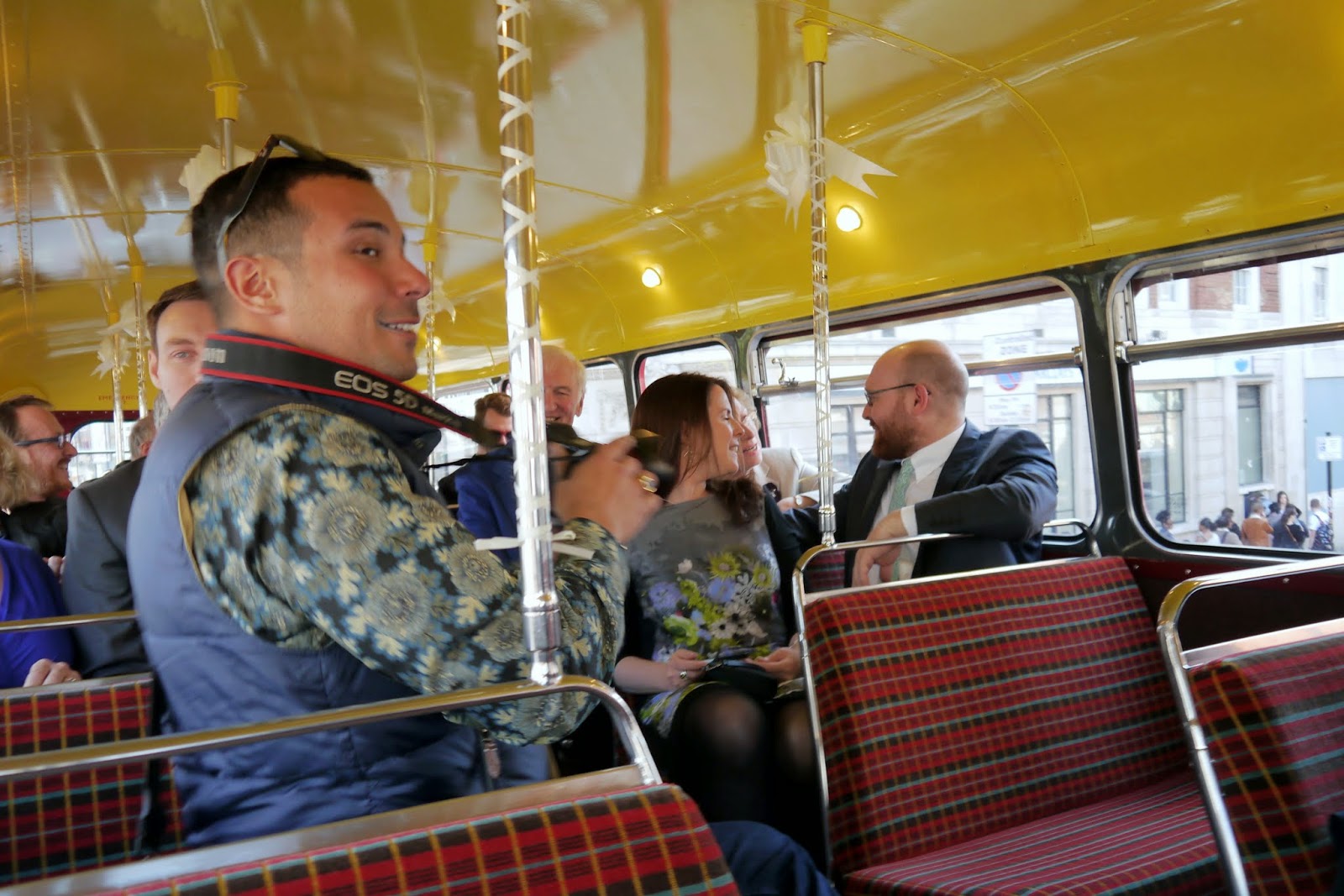 In the forefront is Jeremy, the outstanding photographer. If he gets a decent one of me, I might just be labeling him extraordinary! We waited outside the hall for the preceding wedding to be over. 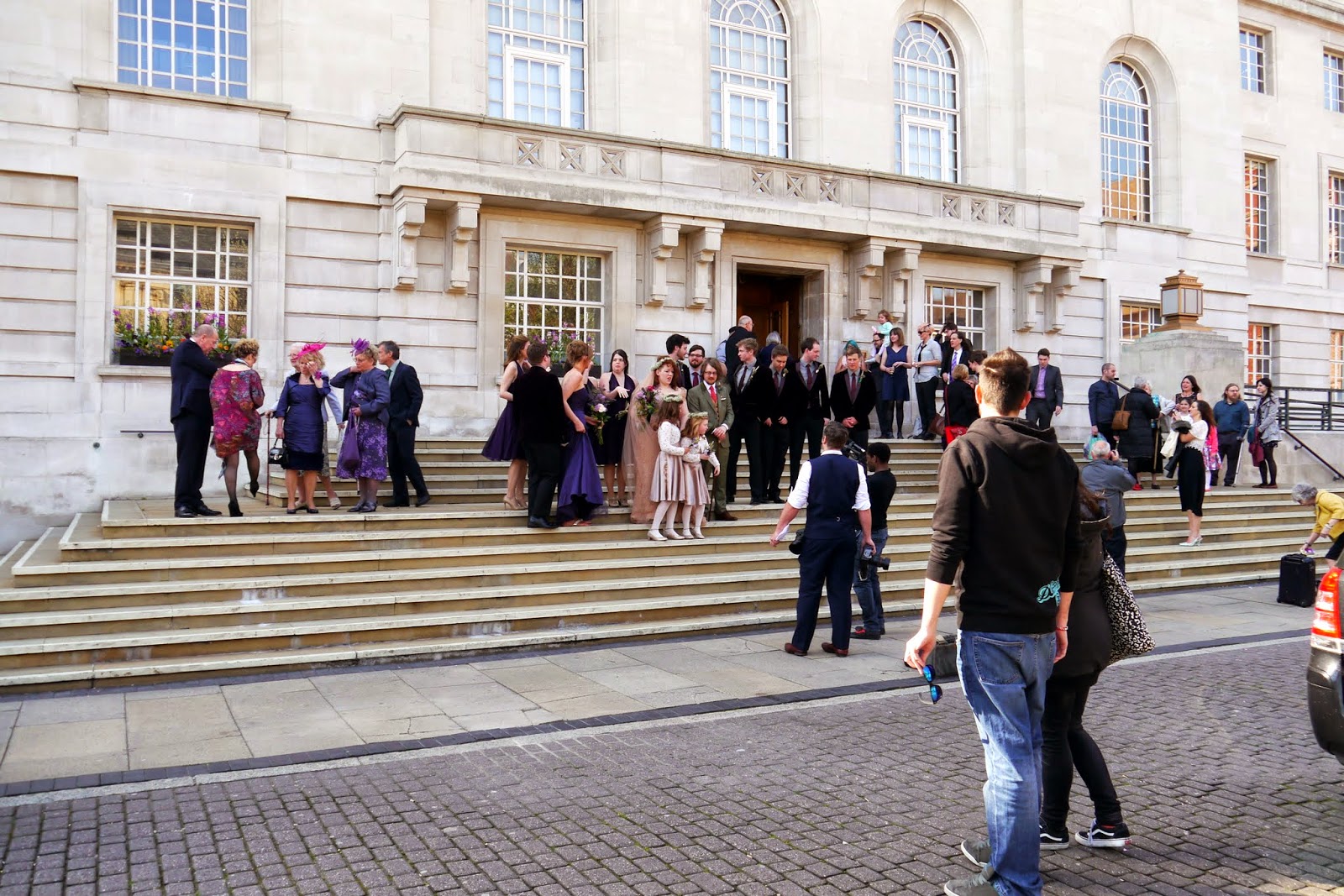 Big place right? Here are the grooms awaiting their guests: 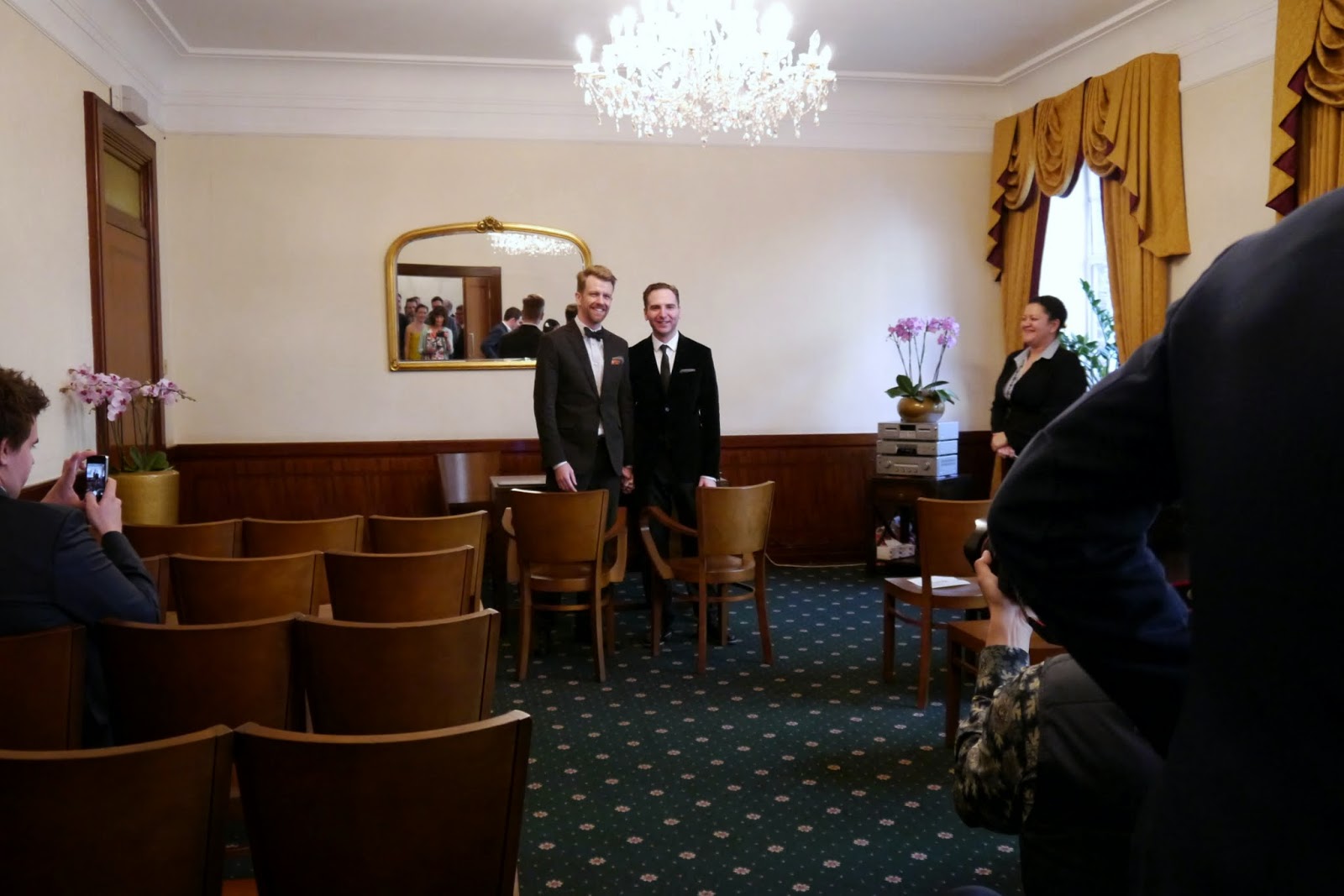 This gives you a little notion about the room with seating for 45. One of the things I most liked about the ceremony is that they got to sit through part of it, which seems odd to some, but makes a lot of sense.

Some of the time they stood as well....the ring portion of the ceremony: 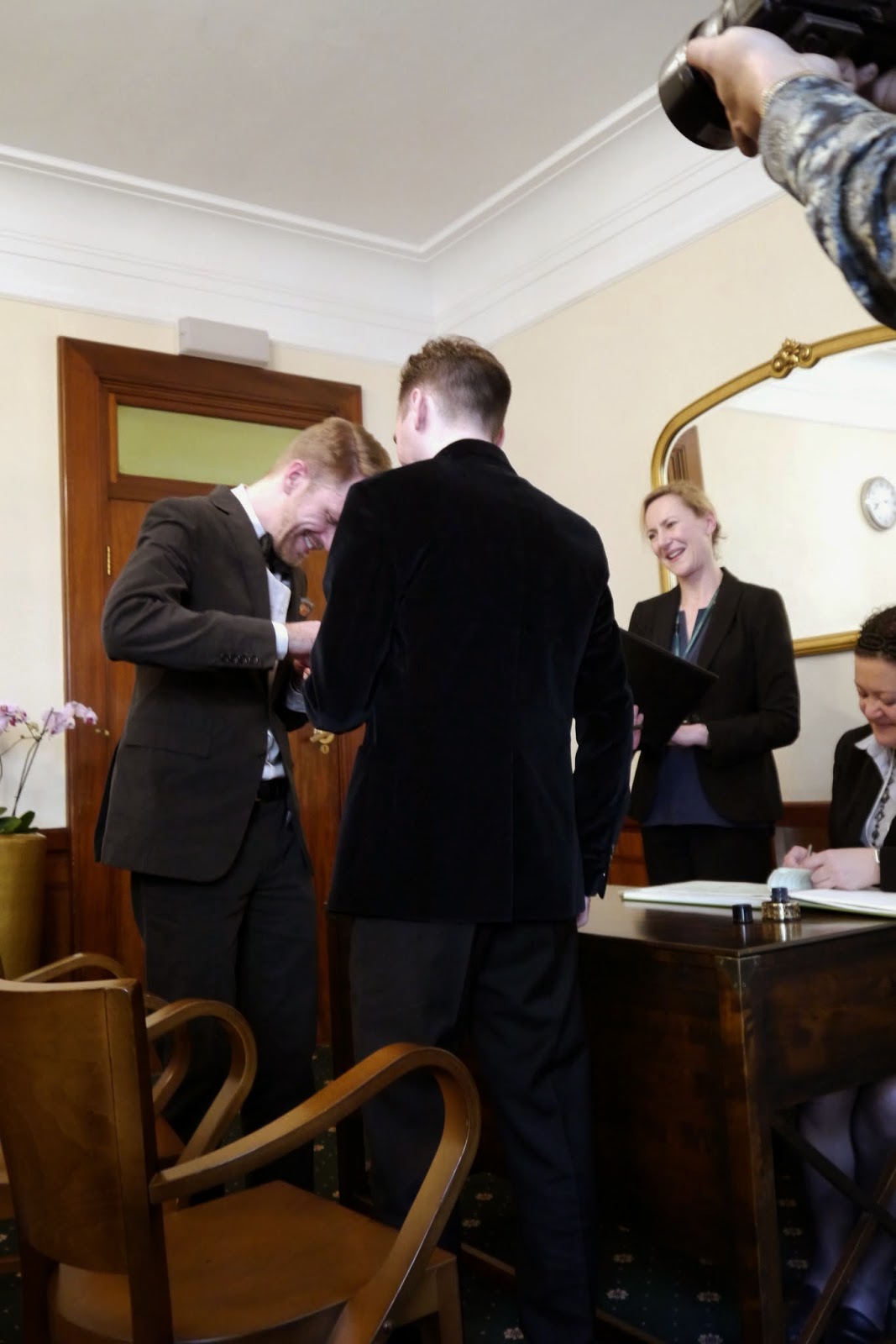 The blonde woman is what is called the Registrar, or so I think. In any case, she broke down during part of the ceremony; wiping tears away, she said what an honor it was to be performing the service on the very first day. To tell you the truth it did seem momentous, and I think I'd feel that way even if it weren't our son. They'd even had a sign made just for Matt and Tom: 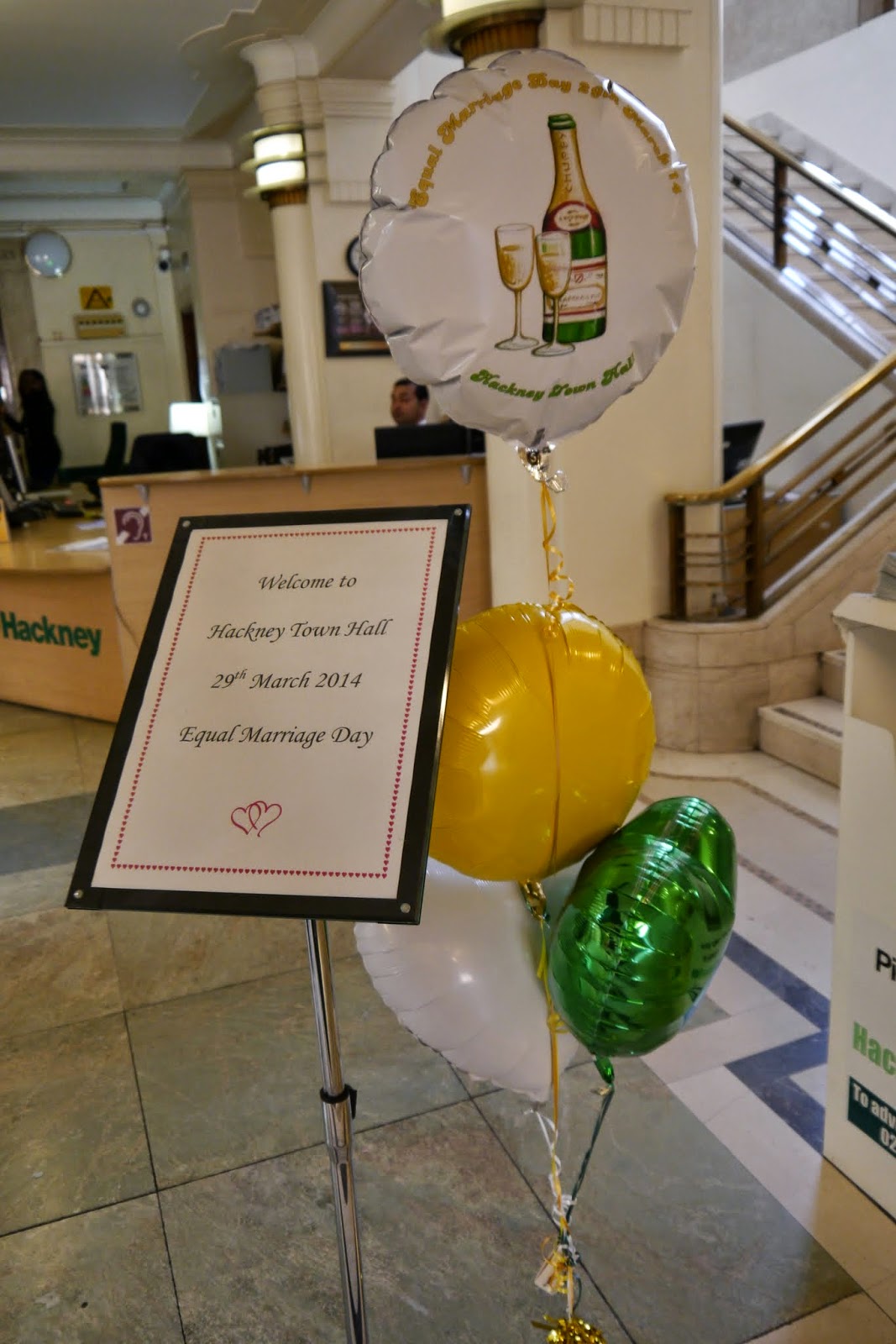 Because Matt's guest list was short, no other family members were present, nor were most of his American friends, he'd asked some to do a reading of a poem which he then put together as a video, which can be watched using this link. I suggest you have kleenex handy! Here he is showing it to the gathered guests. 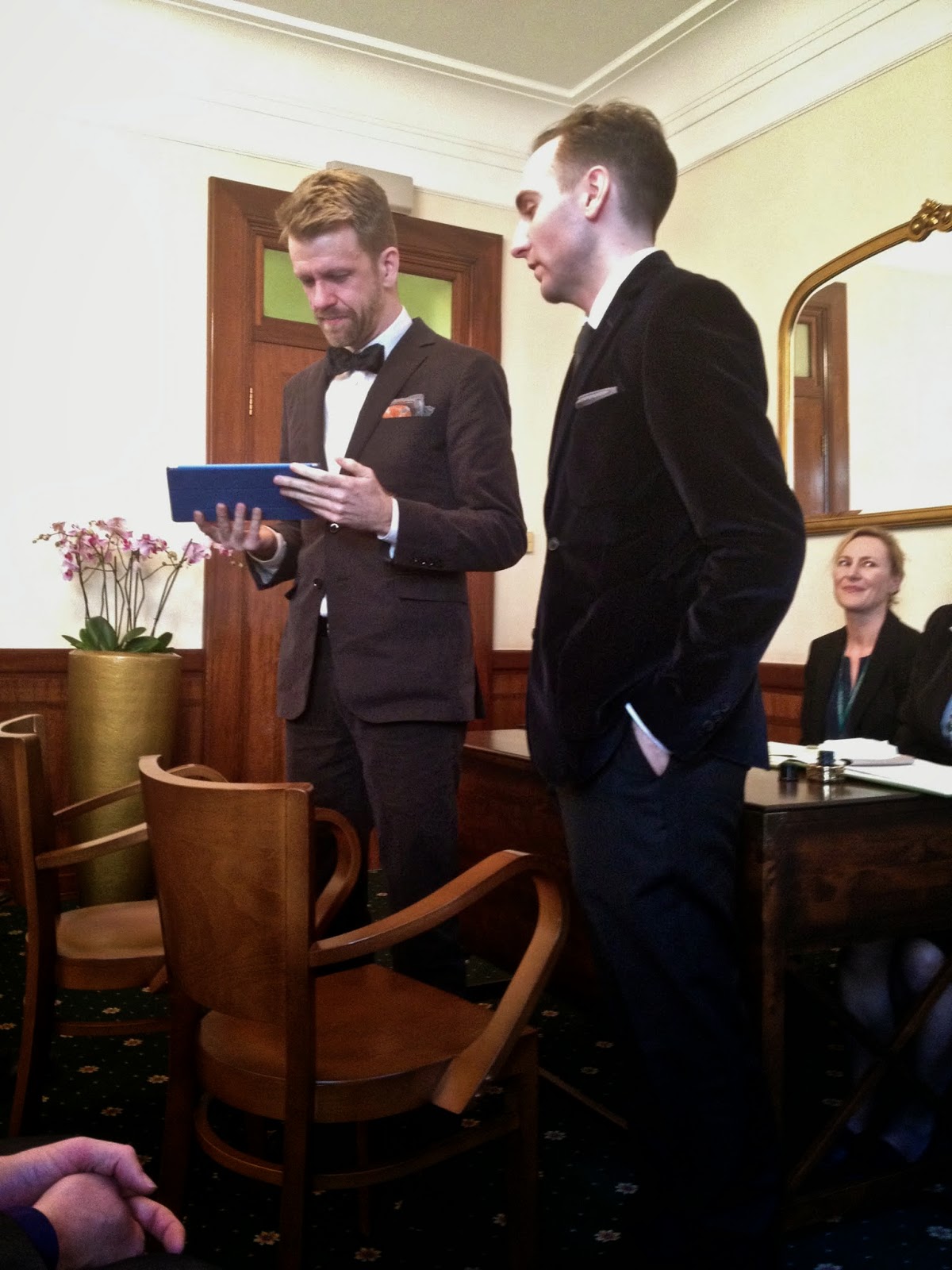 He'd asked for a television, but the iPad had to suffice. As well, Nadia, one of Tom's best childhood friends, and an actress I might add, did a reading: 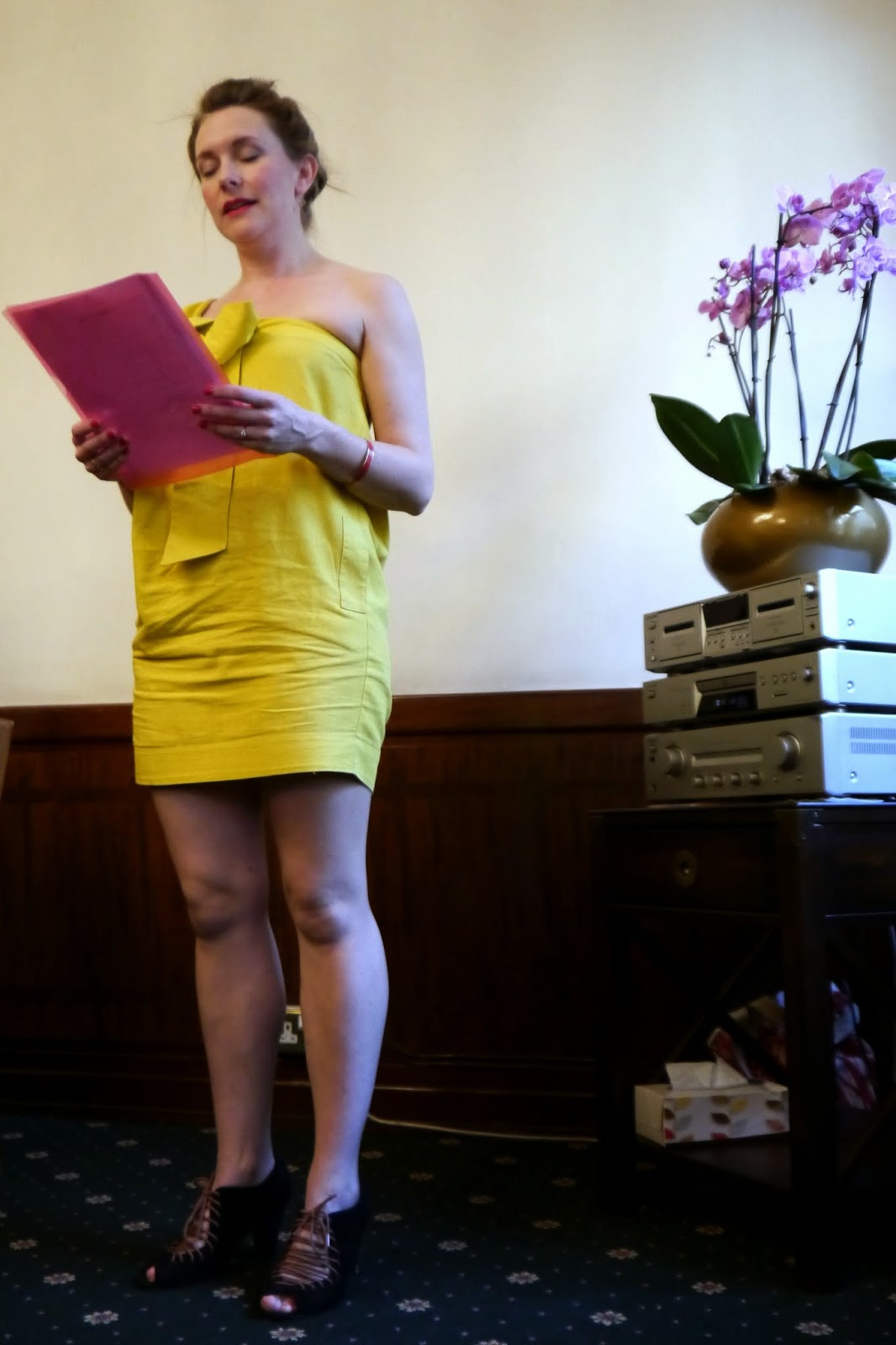 It was all very emotional, and to tell you the truth, I'm getting all teary eyed just reliving it! Then of course there was the confetti throwing as shown yesterday, and the congratulations on the steps of the hall. 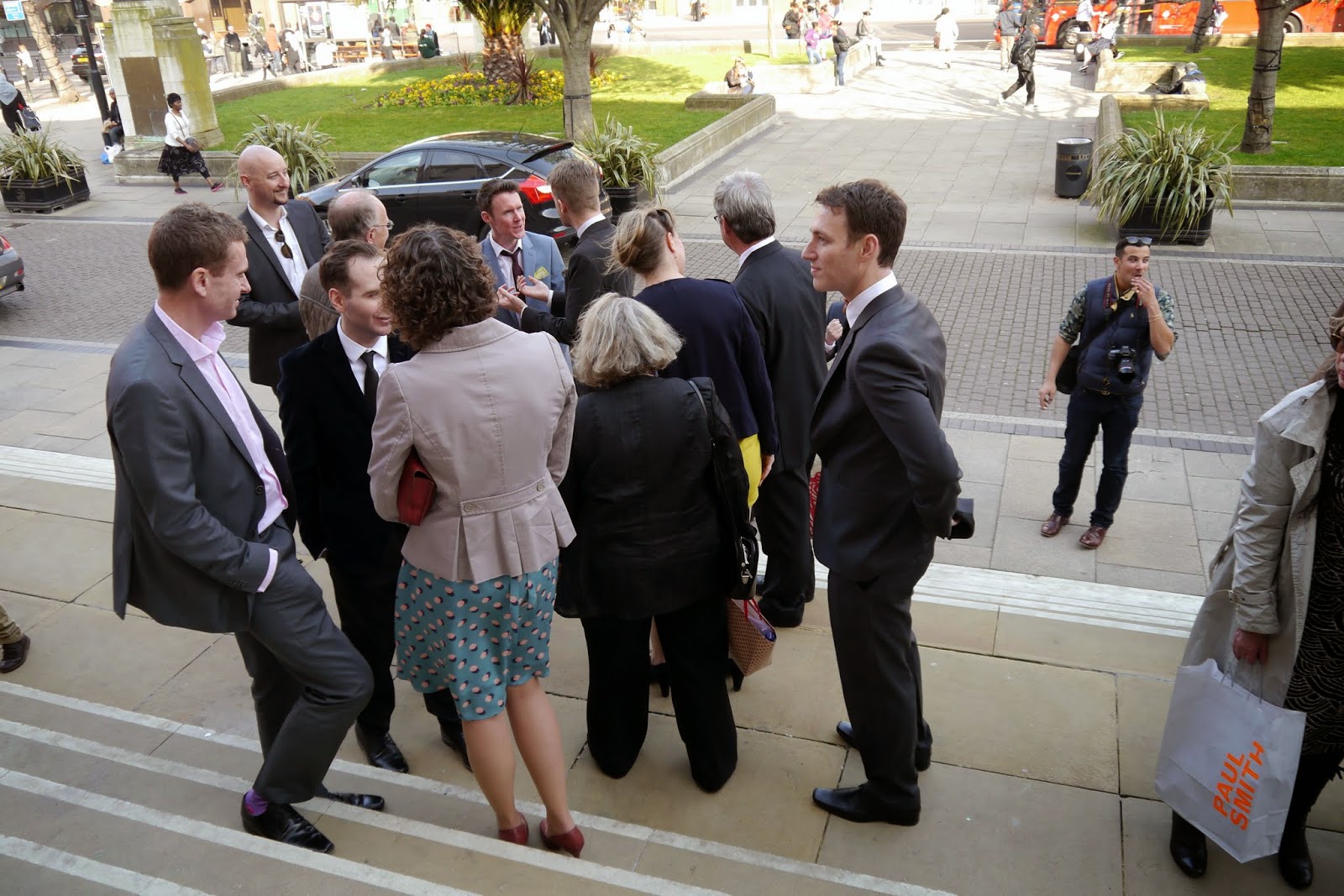 Remember what I said about my loud dress? Well Jo, pictured in front, was as wild as it got. She was my dancing partner for much of the evening!

Then off we all went in the bus for the ride to the Dispensary, a neighborhood pub which looked beautiful with the bunting Matt and Tom made for the occasion. 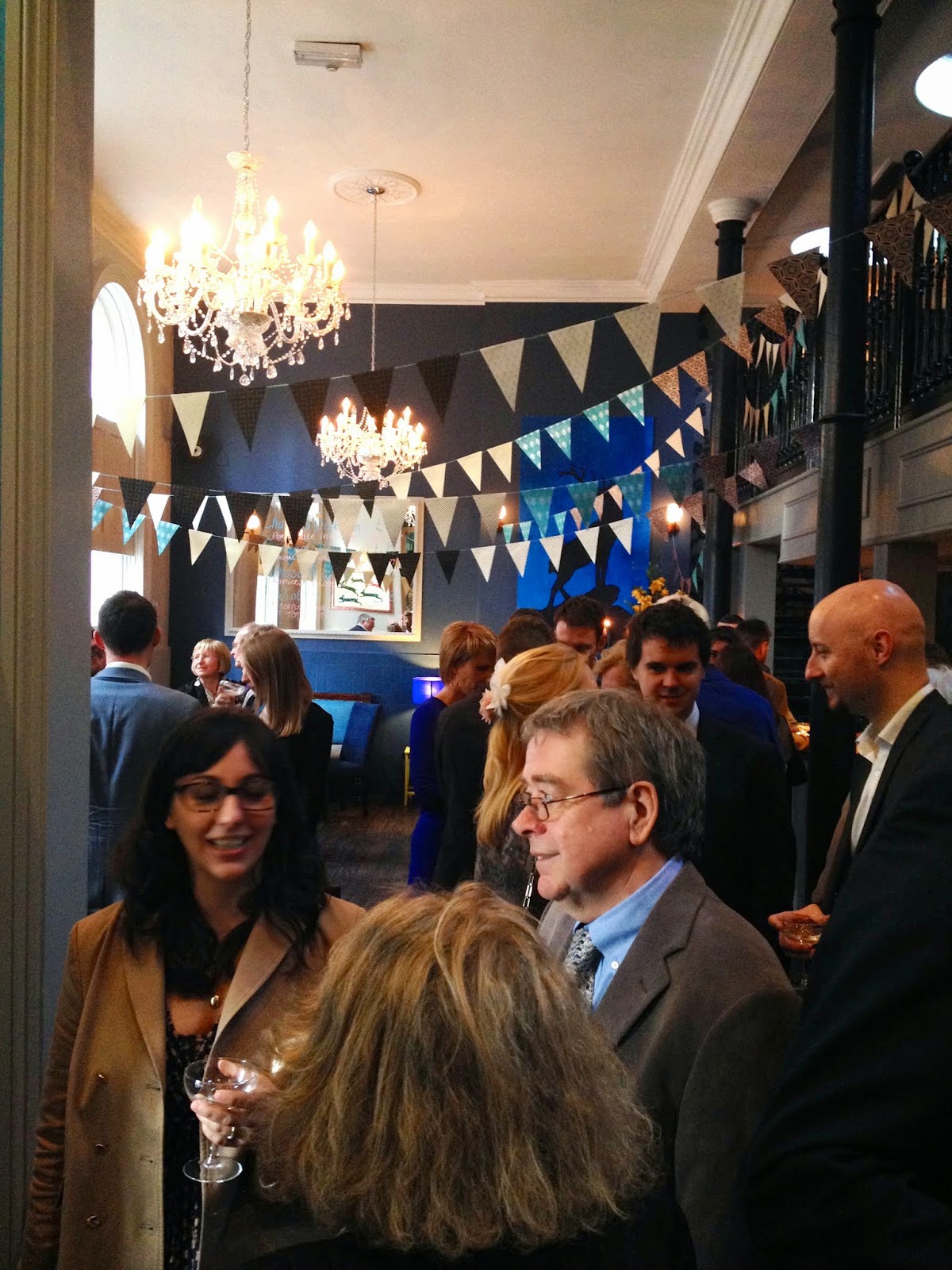 Food, drinks, and fun began with dancing not long after, or at least for some! 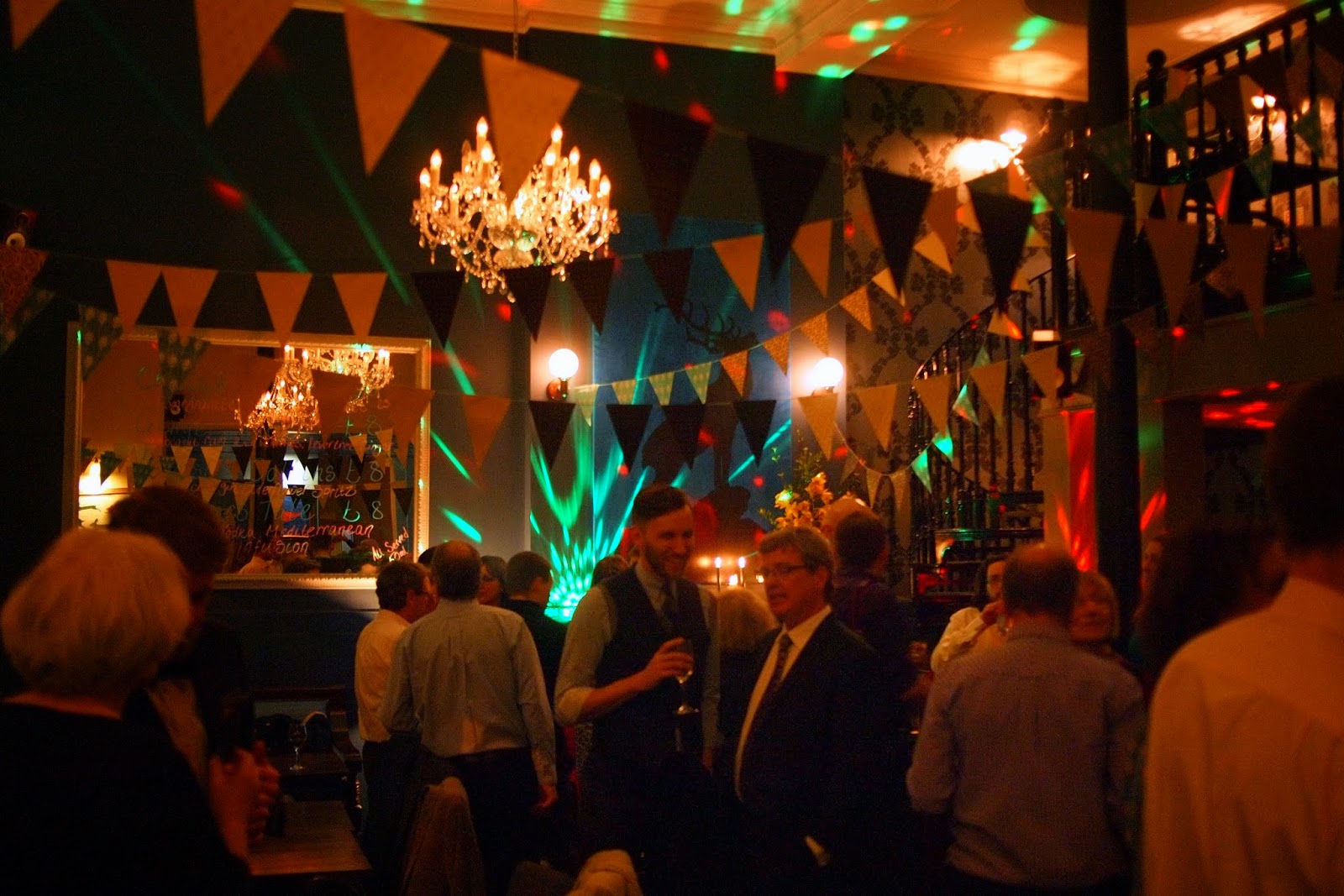 They'd prepared a playlist for the evening, which eventually segued into dance music. Mrs. Camera Crazy noted the change, asking her now married son when we could begin. He'd only just told someone that "you can't contain my Mother!" Truer words were never spoken. My heels came off and dancing commenced for the remainder of the evening! 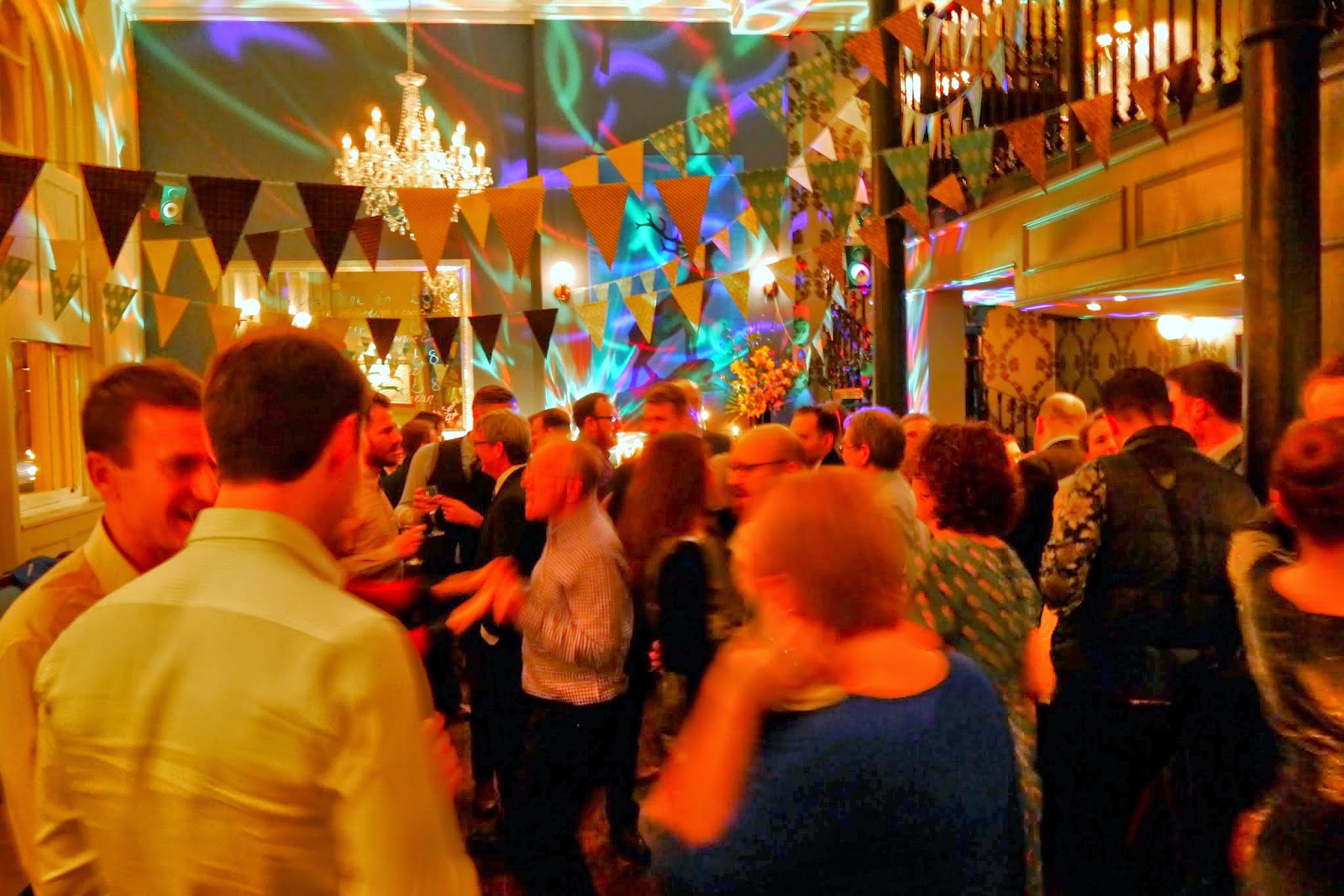 They'd thought of everything including the fantastic light show! Not to be contained me then walked back to our hotel in her stocking feet, if you can imagine! It was just wonderful, and that's all there is to it!

So, that was the BEST part of the trip, or the good to fit with my title. The BAD was our visit to Edinburgh Castle in the pouring rain. Bruce and I trying to find our way: 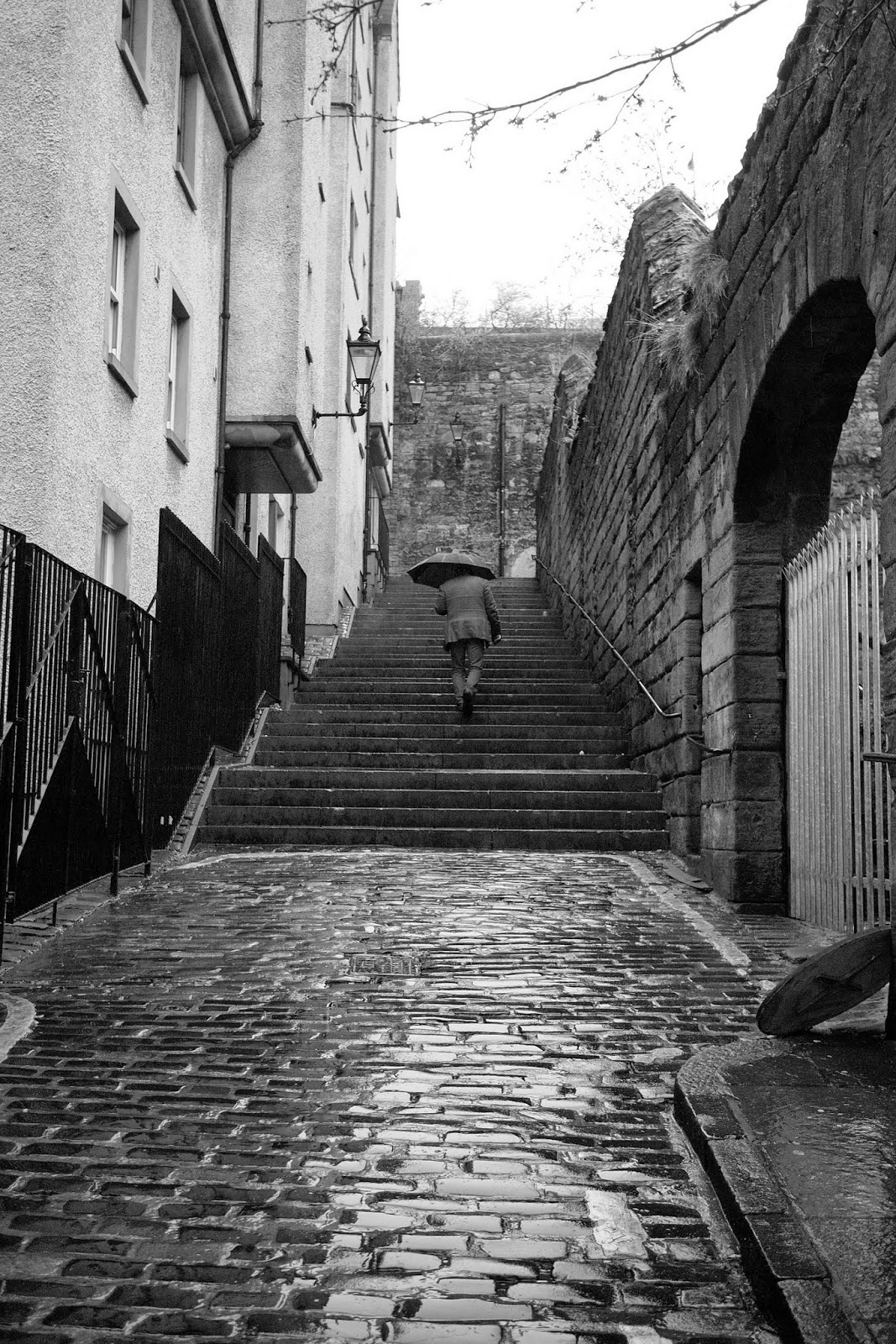 Well I suppose it is just Bruce, but you get my drift. Set high above the city, the Castle is formidable in any weather, or so I imagine, in the rain and fog, seriously so. 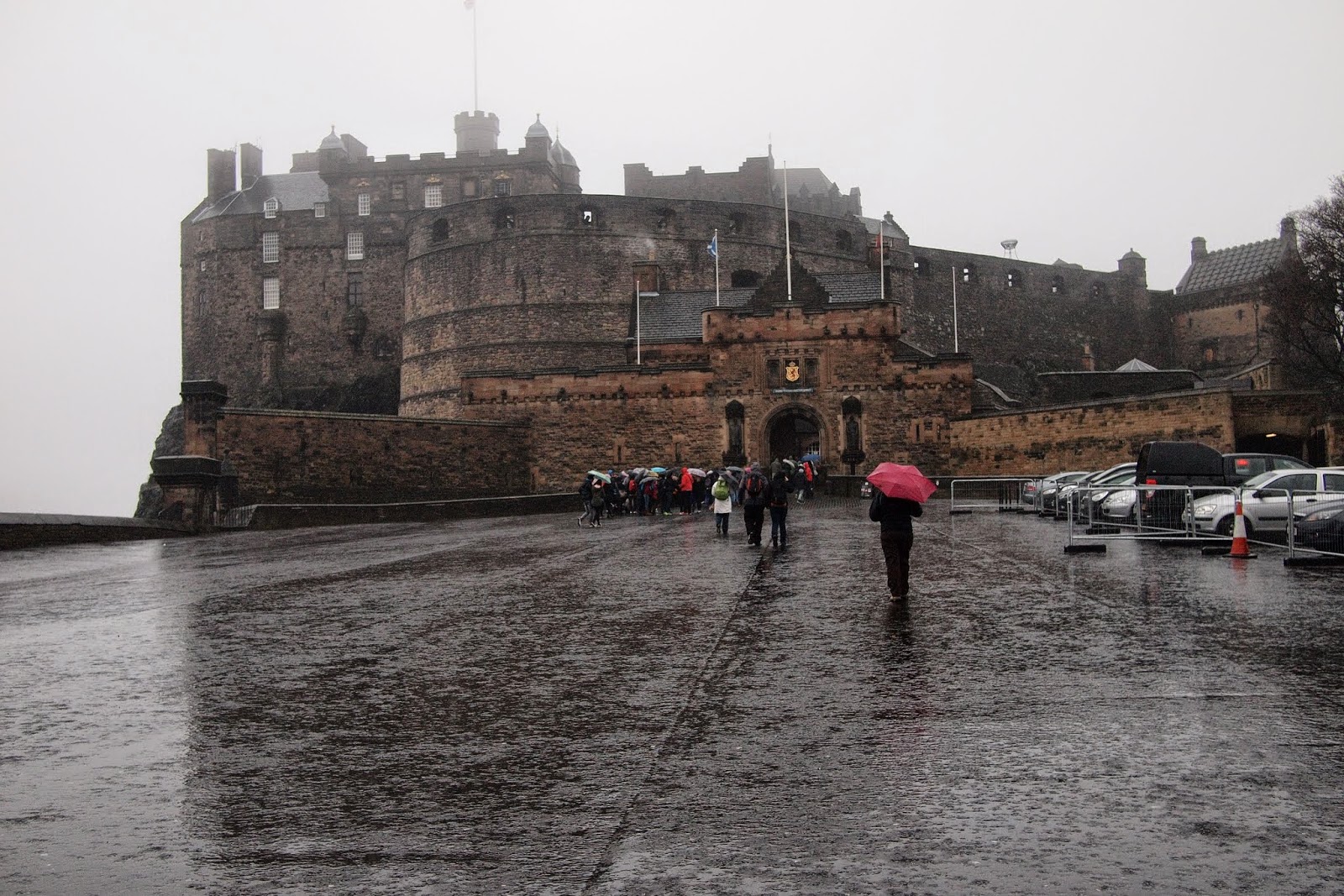 Most of your visit is actually spent outdoors which does not bode well on such a day as we experienced. Picture taking was few and far between, but here's what a wet lens looks like: 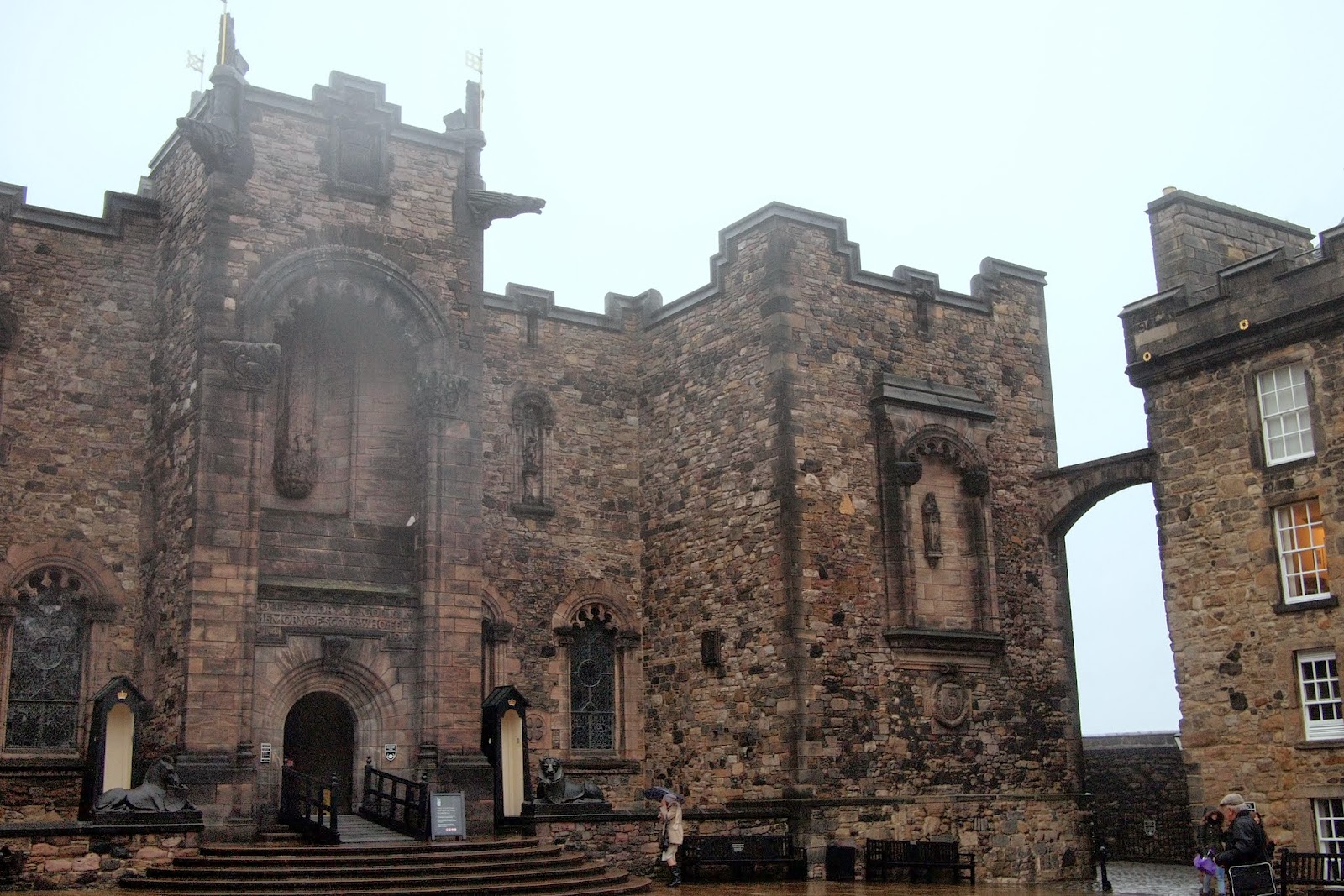 After a bit, both of us were so cold, me with wet shoes, and pretty much miserable, so we cut our visit short. What's a tourist to do though when your time in a city is limited? Why, go into the gorgeous National Gallery of Scotland, or at least that's what we did!

There you have it--two experiences that could not have been more different. Oh yes, I forgot to mention that the weather on wedding day was superb, and did you expect otherwise?