September 10, 2018
Here we are, only 16 years old and ready for prom. Can this be? Did we wear short dresses back then? According to the notation on the back, we had dinner first at the English Pub in Melbourne, pre dance. Can you even believe my hair? Technically, since this was taken on May 23, 1970, I am 16, while B had just turned 17. And to think that only six years later we were parents to a young son, Matthew. Sweet! 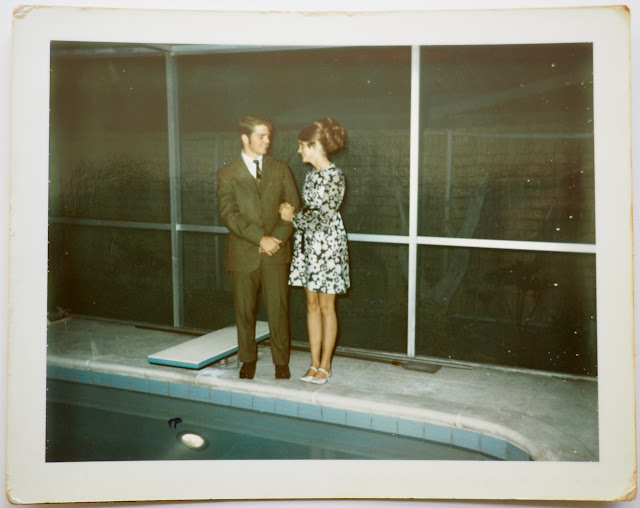 Well then, what brought this about you ask? Saturday we spent the day making the condo more user friendly. Mostly Bruce did all of the work, but I helped as needed. Mostly I asked for things to make living here more our style which means, organization. Our washer and dryer are in a closet in the front bathroom, and prior to Saturday afternoon, there was a collection of cleaning tools leaning in the corner next to the dryer. Soap and what have you were on a shelf somewhat high above the appliances. Now, however, it is looking mighty spiffy in there thanks to you know who. Instead of the bucket taking up shelf space, it is now hung, as is my pizza peel that was impossible to store in the kitchen. 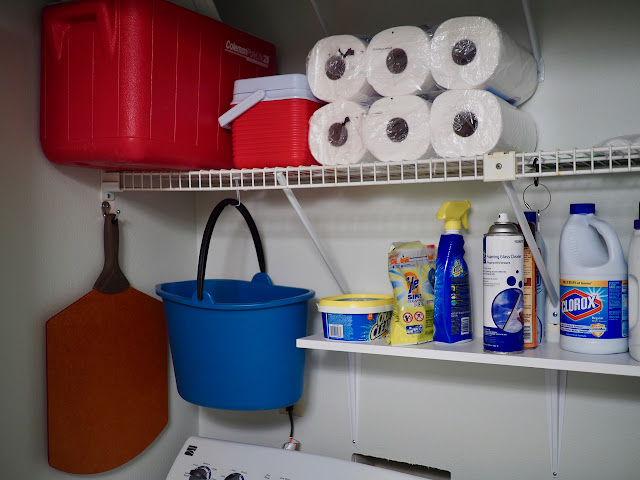 The shelf with the laundry soap is new, and now there is indeed, a place for everything and then some. Re-organizing gave us some empty shelf space which is always welcome when moving into a smaller space than you had before. 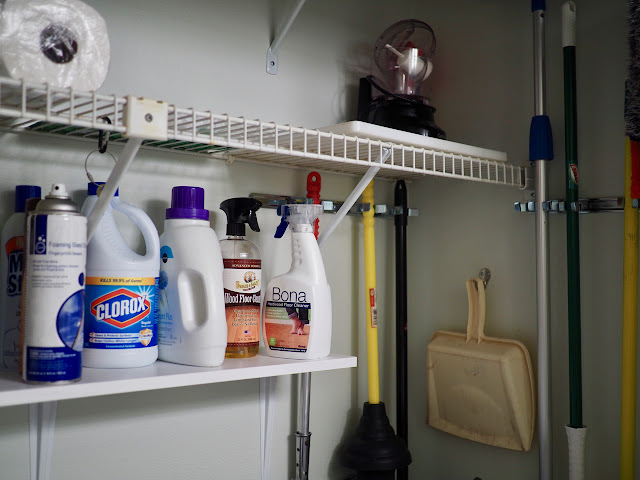 I cannot explain how happy this made me, as did the cache of photographs Bruce found in another space being remade. The one above is an example, and the ones I'm fixing to show you are another.

One of the things, aside from Disney and Universal Studios, that Orlando is known for is our airport. Guess who was one of the layout crew for said airport. Yup. 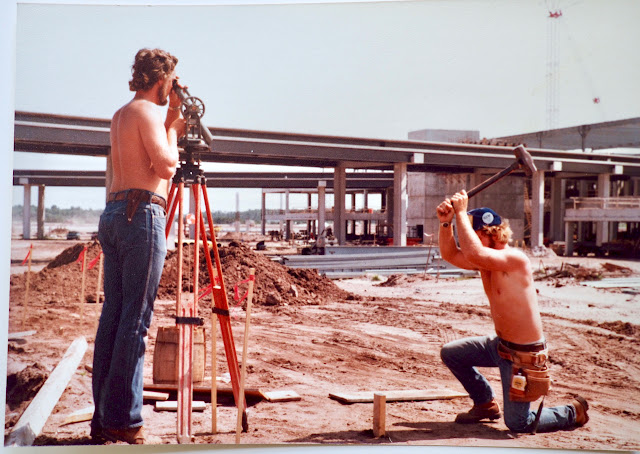 I did what I could to photograph these old photos, taken around 1978. Bruce is the one with the sledge hammer;  can you believe he is shirtless? As is his great friend, Bill Petrey. They wouldn't get away with that these days, that's for sure. 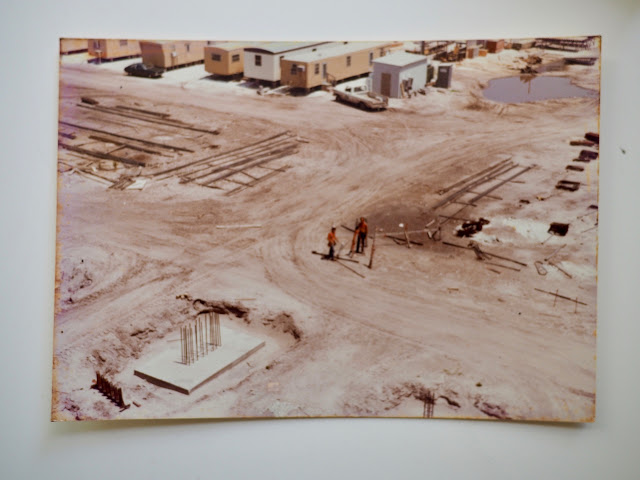 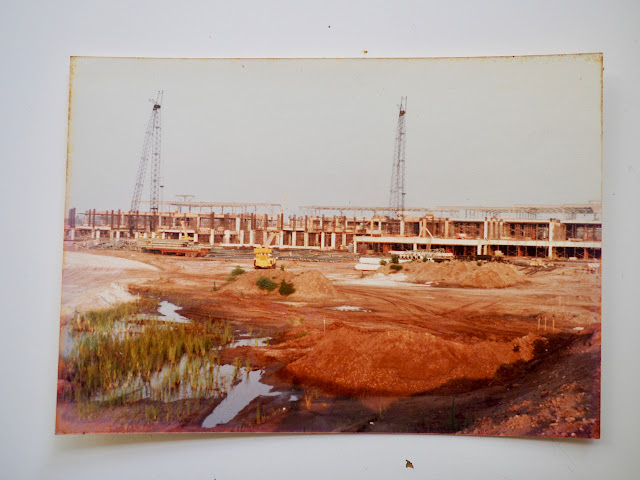 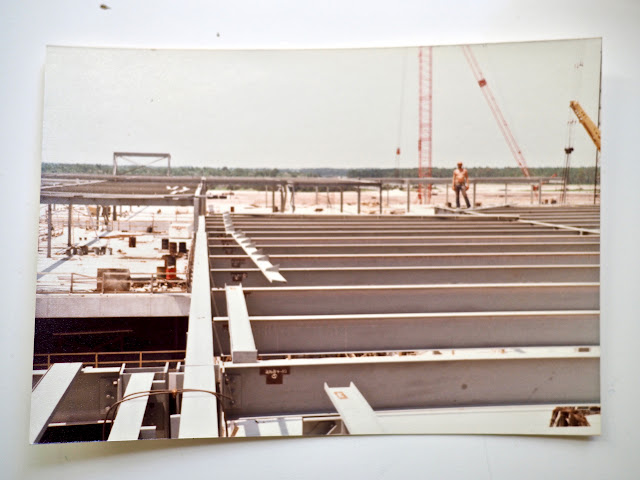 I have a suspicion that when all this was going on, no one could have imagined how busy this piece of land would become, welcoming, get this...44.6 million passengers passed through Orlando International Airport last year!!! Unreal to see these before photos. Thank God for construction workers who make all of our lives possible.

Friday afternoon I took Maureen to see a high rise downtown as we all think it wise that she move into a new place. There was a lovely view of Lake Eola from one of the higher floors, and Maureen and I are looking out at a new art piece on one of the parking garages. 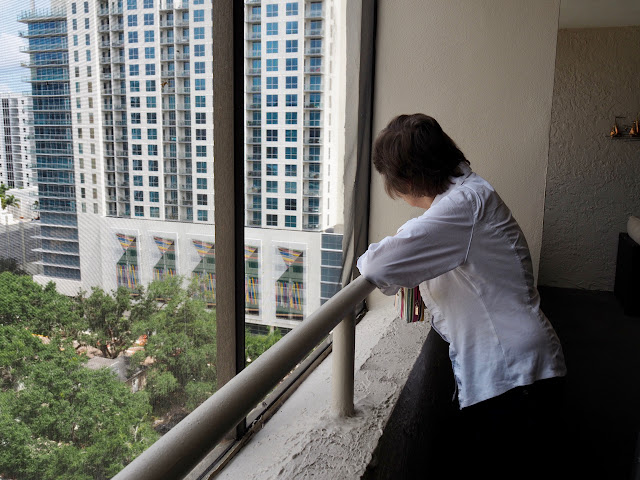 Time will tell how all of this works out. After I dropped her off, I finally got over to our friend Sue's house which is only a few blocks away. SO GOOD to see her! As is happening to lots of folks our age, Sue and Duncan are on the move, having sold their home in the last month or so. You may recall how often I would post photos of her lovely and eclectic yard? Of late she's become quite fond of succulents, the better to show off all of her vintage pieces. 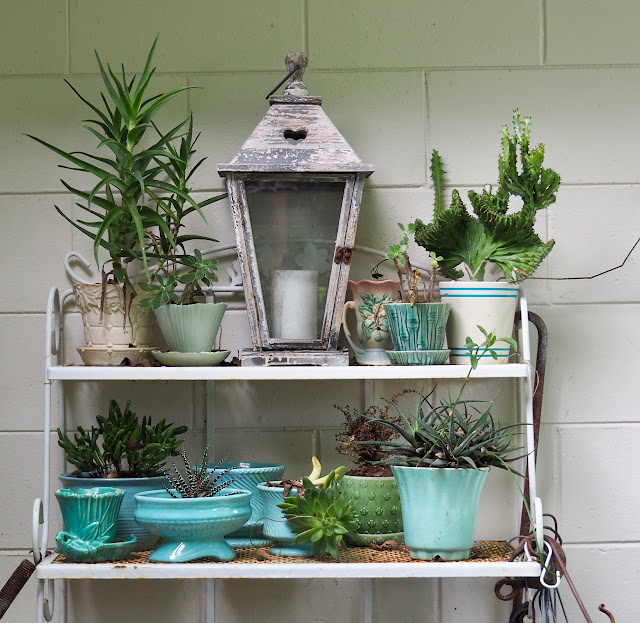 Lovely to sit and chat around her kitchen table. 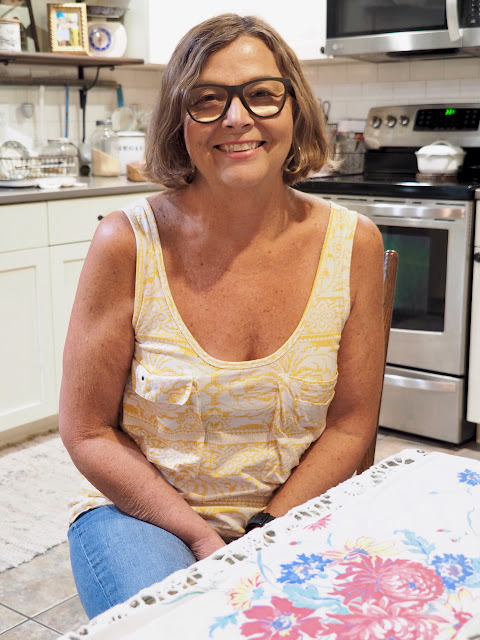 Speaking of kitchen tables, Dale sent me a commemorative book that was sold to raise funds for the Stanley Park restoration following the big storm. Reading it while eating lunch, I'd left it on the table and of course, being someone who follows the light, I could not help but photograph it as the afternoon sun filtered through the window. 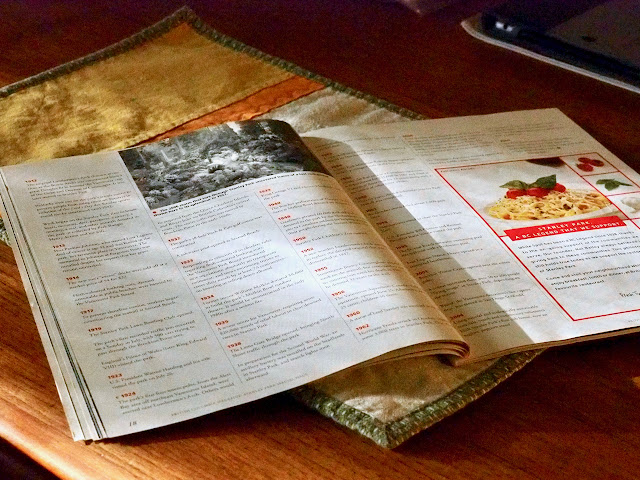 I am a sucker for beautiful light and we certainly have our share here. 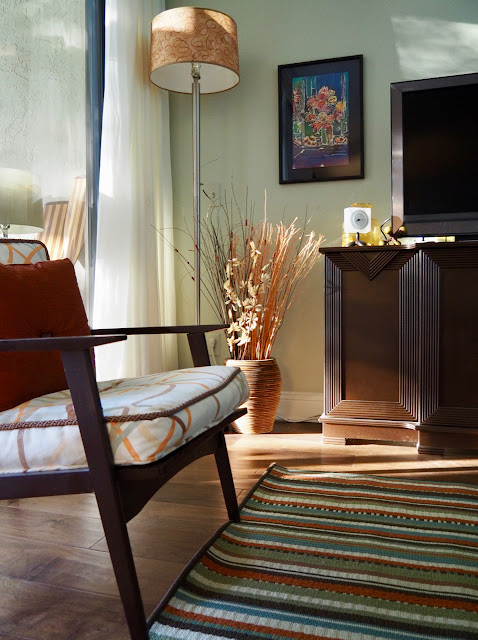 That rug is taking its sweet time to settle down, but I have faith that it will. Speaking of that, we finally had a bird on Sunday morning--a tufted tit mouse hovered, finally heading to the feeder hung on the wall!! He had a friend who got close, but didn't stop to eat. I'm really thinking it is just the time of the year when the birds are scarce. I sure hope so anyway!

One last photo of a beautiful pink and white hibiscus I found on the grounds, and then I have a little story to tell you. 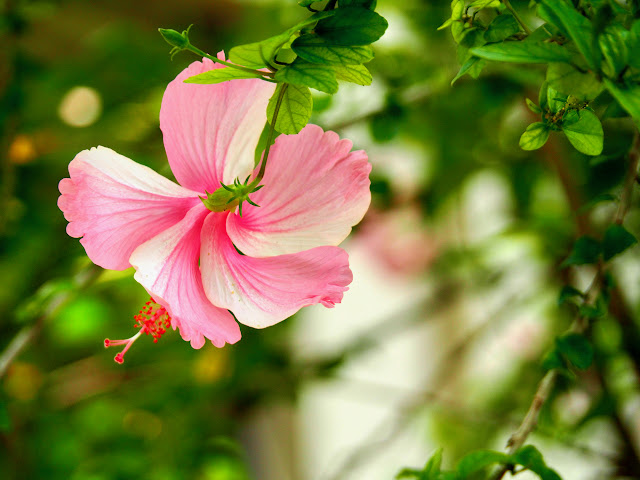 This morning, I did one of the stupidest things imaginable. Actually, it is unimaginable. I needed some groceries and wanted to have them in place so that I might ride my bike to the class at the pool. Arriving early, I purchased what I needed and loaded the back of the MINI. The time was looking good. Driving home, I was reflecting on how nice it is to have the grocery store so close and that kind of thing. Still feeling good, I pulled into my parking space and reached over to the passenger seat for my purse. NO PURSE! No purse with my new camera with the long lens, my wallet, and my cell phone!!! Running inside, I asked B to call the manager at Publix and explain that I'd left MY PURSE in the shopping cart in the PARKING LOT!!! I flew back the way I'd just come, pulled into the same parking space, and jumped out of my car, seeing the manager in the lot, I asked if he were looking for MY PURSE? Indeed, he was, but it was not in the lot. HOWEVER, the kind man who was gathering shopping carts had found MY PURSE and it was safely in the store office.  Breathing a sigh of relief, I thanked them, and found the fellow who'd turned it in, giving him all of my cash for his honesty.

Driving home, I was so grateful for his honesty, but I have to admit, with only ten minutes until class time, I skipped it. In words made famous by Elvis, "I was all shook up!" Pam came over later today and when I told her this story she tried to make me feel less stupid by saying that you are still not in a routine. True, but who leaves their PURSE in a shopping cart and drives home?