Being Normal is Not Good Enough 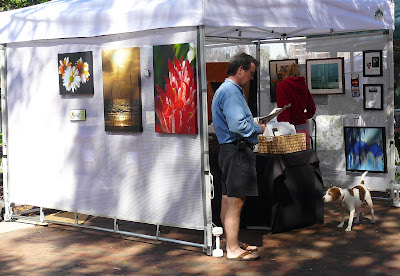 I don't know about you, but even with the best e-mail there is, I still get spam. I am constantly amazed at the titles when I scan them. I used to delete them all without checking, but of late, a few places I do business with have ended up in my spam folder. One time I had over 300 from the same viagra peddler, they were all sent one minute apart. The title to today's blog refers to one of the junk mail titles.

The creator of that title isn't acknowledging that there is almost no such thing as normal as we are all delightfully unique.

In the world of literature, one of my most revered novelists, Anne Tyler, uses her gifts writing about ordinary things in such a way as to make them seem extraordinary. I am in awe of her talents. She can write about a spice cabinet making it seem like the most interesting thing in the world. Same with her characters--on the outside you would probably pass them on the street without a second glance, oh, but their insides are full of surprises.

Enough already..here's what's been happening in our world:

I had the best day ever at the market which I'm hoping bodes well for the upcoming art show less than two weeks away. I had ZERO sales by 1:00 which is three hours after starting. Naturally, I was getting a tad discouraged. Things started happening culminating with one of the earlier browsers returning (while his wife was napping) to buy her the large canvas for Valentine's Day! Earlier, she had really wanted it, but he wouldn't budge. I was not only surprised when he returned, but as you've already guessed--delighted!

Prior to his return an older Chinese couple came in the booth conversing loudly as they examined what I was offering. Turns out they bought six different prints, including a framed piece. Bruce was wrapping them all together (thank goodness for Bruce in so many ways!) with this new cellophane stuff we got when the man snatched it from Bruce's hand and wrapped and wrapped. His wife explained it was because he was in construction. He is an architect and they live in NYC.

Which makes me realize that now my photos have gotten around a bit. Last week it was to Ireland, this week to NYC, in the near past they've gone to Canada, California, Texas, Kansas City, Chicago, Michigan, and England. That's all I can really remember, but who would have imagined? Certainly not me.

Proving that if you get out there with something you are passionate about exciting things will happen. That is what strikes people the most when they are talking to me, how much I love taking pictures. This blog is not called Camera Crazy for nothing!

Yesterday after photographing the swans I went to a huge gallery recommended by a friend. I went there to price framing material last week, but turns out I needed an appointment. Ashley, the girl from last week suggested I bring in some of my stuff to facilitate the process. I'm embarrassed to tell you I was late because I was fooling around with the pictures, but I was. Fortunately, this did not seem to hurt my stock with Chris, the sales manager. He wondered if I might like to hook up with them by making a reference book for his interior designer library. They do LARGE installations of work for HOTELS and other corporate places that use art work. You could have blown me over with a feather! He described how if chosen one photo could become very lucrative. I'm not holding my breath or anything, but that sounds like the bomb to me.

As I stated earlier in this post, I never, ever, dreamed I could be this far in the months since my darling Bruce suggested I make a go at selling my photography. It has come as quite a shock. I'm struggling with the business end of all this, but hopefully I'll improve with practice--it has done wonders for my photography.

Amaya said…
I was saying something very similar to Justin the other day. Even since you finished school, things have really picked up for you. I'm excited to see where this is headed.
February 14, 2008 at 2:26 PM